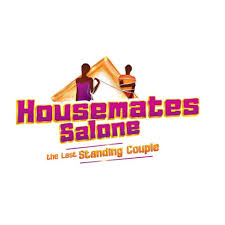 We have been so touched by all the support that we’ve received over the past few weeks on Housemates Salone, and now its our turn to say thank you to all.
Housemates Salone started on a very challenging note, yet we never lost hope, rather we continued in our efforts to the deliver a great show.
We have without any doubt delivered the biggest reality TV show yet, with the most incredible atmosphere, making the Housemates feel like the superstars they are. Housemates is not about money, fame or winning and losing. It never has been.
It is about bringing people together in the spirit of a United Sierra Leone. YES!! A United Sierra Leone! Its about engaging and empowering role models.

Its about the journey that our housemates and their families and supporters have made to, through and from the house. Now, going home, it might be tough, as the show comes to a close, but we should be on the lookout for more to come. This is not the end of the journey.

You have voted all through the show to keep your housemates going and we are pleased to let the world know that the show has been a 100% voting process and its only votes that have kept your housemates in the house all this period.
Whether you’re a fan of housemates or don’t like the show at all, your comments and engagements from across the world while watching Housemates in your living rooms and in schools; at offices and on the streets; at restaurants or on entertainment spots, kept the show going, and kept us all inspired, challenged and entertained.
We gleaned from your feed backs on every available media platforms to housemates a better show, and through it all, you demonstrated to us, that indeed AYV, na in salone sabi.
We learned that good things only happen when ordinary people get involved, get engaged and come together to deliver change.
We come to the end of the Housemates, even more optimistic about our AYV media empire than when we started. Because we know Housemates has not only engaged so many people but has inspired so many others, especially young people who have learnt that one need not be a superstar to do something great.
It is not good enough just to rely on the old ideas or foreign reality shows. We’ve also got to create our own new shows and that’s what we are doing here.
Housemates Salone is our own show. The housemates weren’t perfect and nothing is ever perfect in this world. The Housemates made mistakes. At times they had fierce arguments in the house. Thanks to our supporters and the efforts of everyone to keep the show going.

For the first time since the establishment of AYV, Housemates generated the highest number of viewers and massive votes with millions of viewers from across the world.
In two months we will bring to the people of this country Our next Reality Show “The Biggest Looser”.
And in four months, during the summer holidays we will bring you the Celebrity Housemates Salone Show, bringing both national and international celebrities who have huge spotlights on their trail everywhere they go. But the celebrities will not use that spotlight for their own glory or just to further their own fame.
No, they will spend their time in the house to do great things and inspire a generation. So be part of another history.
And to all of you out there every supporter who campaigned for their housemates, every fan who voted, every institution that contributed to the show, every staff at AYV who helped produced the show, every housemate who took part in the show, every fan who filled the venue at Paradise City during the weekly eviction you are true friends of AYV and the best supporters anybody could ever hope for, and we will forever be grateful because you helped make Housemates a reality.
Our brother Jimmy B and the production crew have been fantastic and very importantly, AYV and Housemates would have been nothing without Africell, a truly reliable partner.
Thank you all.