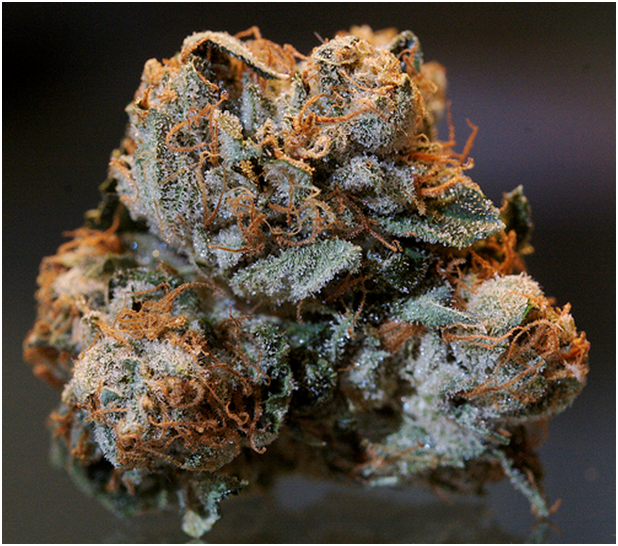 By: Farid Kefel, for The Calabash Newspaper

News about a ‘new’ addictive and crippling pseudo-cannabis product that is in use is beyond popular now. While you can say some details about it are opaque and hazy they are as well as graphic. When I say “hazy”, it is referring to the fact that there is no information regarding the actual substances (or chemicals being mixed with Kush) in this new illegal product that has been provided by the media.

Also, it’s unclear whether the synthetic cannabinoid in any country is locally manufactured or imported.

Whatever it is, keep in mind that Kush is a cheap, illegal psychoactive drug that is sending people into a tailspin.

Experts agree that the physiological effects of Kush are not limited to agitation, insomnia, irritability, dizziness, depression, paranoia, delusions, suicidal thoughts, seizures, panic attacks, increased heart rate, and increased blood pressure; in fact, its full effect on humans are not fully known. It is also agreed that it can result in violent behavior and death.

Footages of its users show them to slur, stop at a certain level in action/activity, sleep while standing, etc. People who abuse this substance do so in varied ways such as smoking (joints or pipes) or simply making it into tea.

Often called “K2”, “spice”, “incense”, or “fake weed”, Kush is usually composed of flammable plant material that has been sprayed with a synthetic substance that is chemically related to THC, the primary element in marijuana.

The problem with Kush, according to authorities, is that it’s completely synthetic; so anyone can add whatever they want to it and alter the formula. The only similarity it has with Marijuana is the way it is ingested, perhaps.

The chemical compounds in Kush affect the brain differently than THC, the chemical in marijuana that gives users a high, does. It is thus assumed that it is extremely dangerous compared to the effects received from marijuana.

Many people including professionals refuse to regard Kush as Marijuana, hence “fake weed”. This is because Kush is a dry leaf sprayed with drugs – which you don’t have to do in the case of Marijuana.

Kush is a specific strain of marijuana that originated in the Hindu Kush Mountains, one of the few geographical areas where the cannabis plant naturally grows in this mountain range, which runs along the border between Afghanistan and Pakistan.

Dense buds are produced by Kush cannabis. Deep green colas are typical for this variety of cannabis, and the leaves may occasionally have a faint purple tinge. Pistils, which are tiny hairs on the cannabis plant, can be rust or orange in hue. Kush has a very potent aroma, but because it can smell anything from natural and earthy to sweet and floral, it can be challenging to identify by smell alone.

Altitude Dispensary’s submission can sum up as Kush’s potent high is one of the factors that make cannabis users adore it so much. What can you anticipate if you smoke kush marijuana? Kush strains are mostly indica or hybrids, which means they could leave you feeling quite sleepy and calm. Kush strains are popular among medical marijuana users because of their capacity to relieve pain.

You might also experience a slight sense of euphoria and focus from some kush strains. Before selecting a strain, be sure to speak with a bud tender at the dispensary so you know what kind of high to anticipate.

Nobody can say with certainty how Kush gets into society, for instance, it is narrated that OG Kush first appeared in California during the 1990s, right around the time Dr. Dre dropped his The Chronic album, which took the cannabis community by storm.

Speaking about Kush in Texas, www.houstoniamag.com writes “The Texas Legislature tried to ban the chemicals used in Kush in 2011, but scientists just tweaked their formulas so that the new stuff, slapped with a “not for human consumption” label, was technically legal. Houston passed a ban on synthetic marijuana in 2014, so no version of the drug is legal here anymore; today it carries a fine of $2,000 per package. Nevertheless, Kush is still on offer in some local head shops, not to mention just a click away on the internet, where it’s available in huge quantities for cheap.

“After the recent slate of Hermann Park overdoses, Mayor Sylvester Turner announced an initiative to increase police and park rangers’ presence in the four areas around town where the use of kush is most prevalent—Hermann Park, Tranquility Park, Main Street Square, and Peggy’s Point, the little park on the corner of Main Street and Richmond Avenue.”

“Something bad is happening in my country,” Conteh relates in the new video. “Recently I’ve noticed on social media a lot of very, very young people dying untimely deaths, running mad, harming themselves. I hear these horrors are being caused by a cheap new illegal high called ‘Kush’… Kush has become king, overtaking more expensive street drugs like Tramadol.”

According to the documentary, Kush use is spreading quickly, with ever-younger users being exposed to it. A woman (identified as Isha) confesses that the drug has reduced her to selling her body for sex on the street just to be able to afford it.

Isha mentioned a friend who died due to Kush’s use.

There are also those who Conteh describes as “desperate young Kush addicts searching through raw sewage, hoping to find something they can sell to survive.”

But there is no ambiguity in the assertion that Kush causes violent behavior. One user admits that “you go into a mad world” and “commit crimes.”

While talking about the new drug in South Africa, issafrica.org in its article titled “New Wiz Drug Targets South Africa’s Youth” wrote “it remains unclear whether the synthetic cannabinoid found in South Africa is locally manufactured or imported. These drugs are usually shipped from China to manufacturers who prepare the blends using acetone solvents.

“It’s unclear whether the synthetic cannabinoid in South Africa is locally manufactured or imported. A manufacturer would for example purchase a synthetic cannabinoid compound such as JWH-018 or 5-Fluoro-ADB online. The compound – in powder form – is dissolved in an acetone solvent and then sprayed onto a plant host, or the host is soaked in the mixture. Once dried, the plant is crushed into a fine powder and packaged for sale…

“Durban – Parents are being warned of a new, synthetic drug, that has made its way into schools in the Durban south area. The drug, known as Wiz can be bought legally over the counter at most shops that sell tobacco, however, according to the warning on the packet, it is not fit for human consumption.

“Despite this, pupils are allegedly smoking Wiz and there have been reports of youngsters becoming ill.

“Sam Pillay of the Anti-Drug Forum based in Chatsworth said he received a call from a principal at a high school in Mere bank after a pupil collapsed.

“Pillay described Wiz as an Amphetamine which is a central nervous system stimulant that is used in the treatment of attention deficit hyperactivity disorder, narcolepsy, and obesity.

“He said while Wiz was not entirely new, it was concerning as it was unclear what the teens were adding to it to get the “high” or “goofed”.

“These drugs are extremely harmful to the youth and drug dealers are finding new ways of selling their products to youngsters. Someone said Wiz is used for horses but we aren’t sure of how true that is,” he said.

“Pillay said new drugs on the market have different effects on different people. He added that he believed Wiz was mixed with Methamphetamine or Crystal Meth.

“We had people collapsing and some need serious medical attention. Some even died from consuming drugs! It did not affect some people too,” Pillay said.

“Text on the packaging states, “This product contains a unique blend of all-natural, organic extracts and concentrates. It emits a pleasant, very relaxing smoke when burned.”

“The writing on the packaging clearly states that Wiz is not for human consumption.

“While Wiz bears the herb ology logo, a spokesperson from herb ology SA has distanced the company from the drug. According to Marc Stephens, they have been inundated with calls about Wiz; however, it was not their product.”

Kush is cheap, very cheap. It is said to be the cheapest hard drug presently. You won’t wonder why it is so common on the street for anyone who just wants to experience ‘highness’.