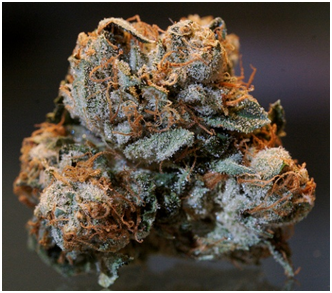 A substance known as Kush, considered to be a cheap illicit drug, is said to be increasingly being abused by scores of young people in the country for recreational purposes and as an escape route from the harsh realities of unemployment, frustration, poverty and despondency.

How the drug reacts has been portrayed in a newly released BBC Africa Eye Documentary titled “Kush: Into the Mad World” which shows how the illegal drug is on the rise across Sierra Leone and negatively impacting the youth. Kush is a cheap illegal drug that is easily accessed in various communities in the country.

Medical staffs in the capital Freetown say that 90% of the male admissions to the central psychiatric ward are due to Kush use.

Police are battling to win the war against the drug.

On Thursday November 3, 2022, a video surfaced on social media which showed a Police Officer in uniform laboring under the influence of drugs and alcohol.

As a disciplined Institution, Management acted swiftly to ascertain not only the veracity of the video but also the identity of the Police Officer portrayed therein.

The Sierra Leone Police has stated that the said Police Officer (defaulter) seen in the video was identified as Police Constable 18654 Alie Sankoh, attached to the Kissy Police Division, in Freetown.

According to the Police hierarchy, the defaulter has been administratively investigated and arraigned before a Disciplinary Hearing on Five Count charges, ranging from: Being under the Influence of Drugs and Alcohol whilst on Duty, to Conduct Prejudicial to Good Order and Discipline.

It was further revealed that the Defaulter pleaded guilty to all five counts and he has therefore been accordingly dismissed from the Force, effective 4th November 2022, in line with the provisions of the Police (Discipline) Regulations, 2001.

In another incident,  two Non-Commissioned Officers of the Republic of Sierra Leone Armed Forces (RSLAF), whose videos have gone viral about their alleged misconduct, reported to have been under the influence of a dangerous drug known as KUSH, have been dismissed.

Major Brima said the Commanding Officer of the 5 Infantry Battalion, Lieutenant Colonel Robin informed him that the two soldiers were DISMISSED because they had abandoned their duty posts and engaged in acts that undermine good military order and discipline.

Legal Link Gives 10 Reasons why ECSL Boss Must Be Sanctioned