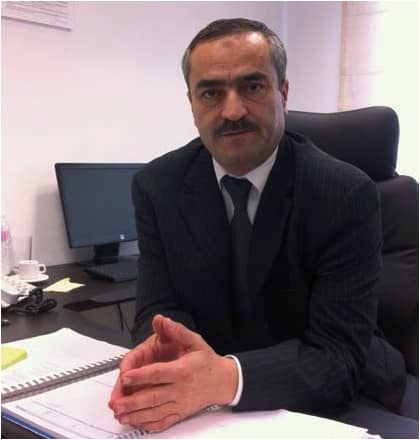 One of Sierra Leone’s energy development partners, Mohamed Ammar, who was STEG International Services’ General Manager, has been appointed Minister of Renewable Energy in Tunisia. Mohamed Ammar started his career as electrical engineer over 25 years ago, working for STEG Tunisia and rose through the ranks to become its General Manager.

Since his appointment as General Manager, he steered the company into several African countries south of the Sahara.

Mohamed Ammar’s STEG International Services was awarded an eleven million United States Dollars (US$11m) contract in 2014, through an international competitive bidding funded by the Islamic Development Bank (IDB), to do the procurement, installation, and commissioning of the reinforcement and extension of the medium and low voltage network and the supply of prepaid meters and vending stations in the Western Area of Sierra Leone.

STEG International Services, which is a subsidiary of the Tunisian State-Owned Company of Electricity and Gas (STEG), officially completed its contract in 2017 and the warranty expired in November 2018.

STEG International Services currently operates in 21 African countries and the Middle East. It has ongoing projects in Rwanda, which electrification project includes the attainment of 60% distribution in phase 2, Tanzania, Democratic Republic of Congo, among others.

With the appointment of Mr. Ammar as energy minister, Sierra Leone has a partner that understands the energy development programs in the country.

STEG has contributed immensely to the rural electrification of Tunisia from 6% in 1972 to 99.9% today. The above statistics is an indication that Mohamed Ammar’s STEG International Services has the development experience that they would share with Sierra Leone. From his recent visit to Sierra Leone in 2019, Mohamed Ammar expressed his desire to continue working on the improvement of electricity distribution network in the country.

STEG International Services’ Country Representative, Alhaji Mohamed Lamin Tarawally, said that with the appointment of their General Manager as Minister of Renewable Energy in Tunisia, there is an opportunity for many areas in Sierra Leone to be electrified.

“We also have an opportunity for our electrical engineers to gain additional trainings in Tunisia. There would be a strategic collaboration between us and Tunisia, which would subsequently ensure that our country enjoys sustainable electricity supply. We are project developers ready to work to develop our country,” he stated.