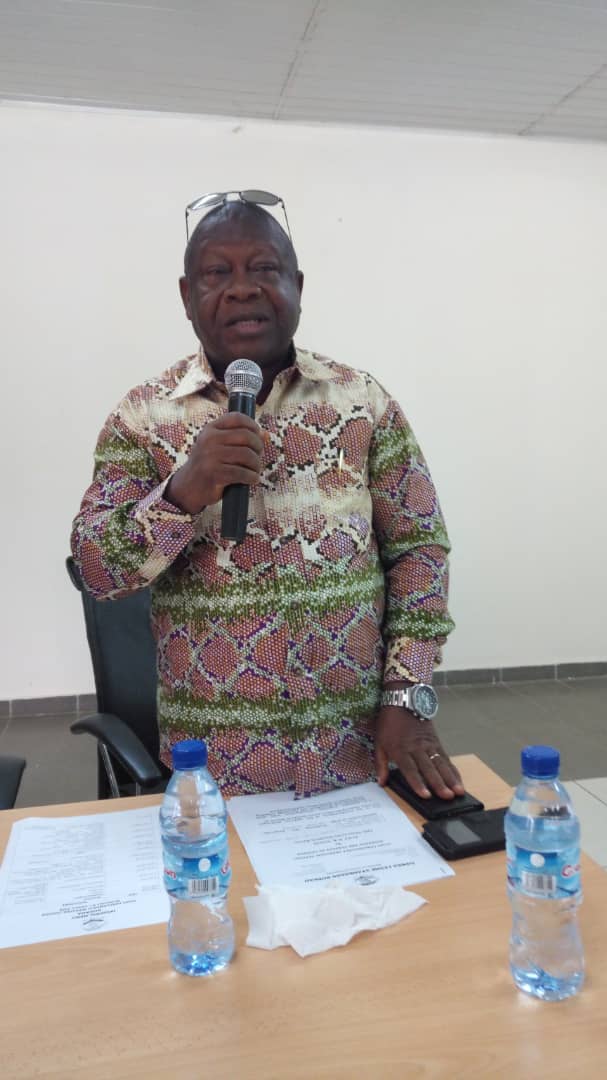 The Directorate of the Sierra Leone Standards Bureau (SLSB) on Wednesday organized Performance Appraisal Session (PAS) for staff members of the institution.  The event has been the first formal session ever in the history of the Standards Bureau under the leadership of the Executive Director Professor Thomas Yormah who has been in office for a year.

The session is aimed at managing and improving the performance of the SLSB by enabling a higher level of Staff participation and involvement in planning, delivering and evaluation of work performance which is in line with the New Direction Government of His Excellency President Julius Maada Bio.

In his welcome address to the PAS Consultant, Mr. Abdul-Rahman Sowa, the Deputy Director of the Bureau, Mr. Amadu Jogor Bah said the SLSB was pleased to have Mr. Sowa as consultant to staff of an institution he had once served as scientific officer.

Mr. Bah described PAS as a step in the right direction for the Bureau, adding that it would develop the human resource of the institution. He reminded employees of the Bureau that an organization’s performance depends on academic qualifications and competence.

Giving an overview and purpose of the session, the Executive Director of SLSB, Professor Thomas Yormah said one of the manifestations of the challenges plaguing the SLSB which he inherited was “a lopsided corporate infrastructure with staff placements and promotions not rigorously reflecting merit, based on qualifications and performance.”

He said the lack of s systemic staff performance appraisal had meant that promotions and placements were generally out of sync with merit.

Scientific/Administrative Officers within the various departments below the managers. Thus choosing an officer to act in the absence of the substantive manager is largely according to the whims of the manager.

For good measure there is no structured reward system for hard work”, he said. The Director noted that the lack of meritocracy at the Bureau meant that an officer can be employed at the level of scientific officer and remains at the same level until retirement.

Professor Yormah said that this ugly situation had led to staff disgruntlement, low motivation and general work laissez-faire thus contributed to the present sluggishness of operations at the Bureau.

“It is clear that no matter the level of increased resources the SLSB receives from Government and donor agencies if the corporate infrastructure is not receptive to transforming that support into tangible positive impacts on our stakeholders then the effort will be futile, ” Professor Yormah warned.

The SLSB boss concluded by saying that to address the foregoing scenario, the Bureau thought it necessary to hire a consultant to ensure training of staff on performance evaluation and followed by merit based restructuring of the corporate architecture.