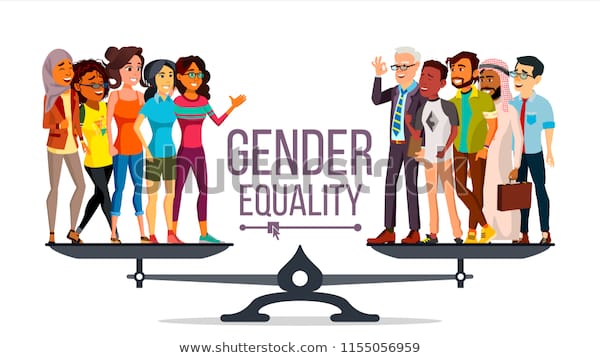 Gender equality is a right. Fulfilling this right is the best chance we have in meeting some of the most pressing challenges of our time—from economic crisis and lack of health care, to climate change, violence against women and escalating conflicts.

Women are not only more affected by these problems, but also possess ideas and leadership to solve them. The gender discrimination still holding too many women back and holds our world back too.

Achieving gender equality and women’s empowerment is integral to each of the 17 goals. Only by ensuring the rights of women and girls across all the goals will we get to justice and inclusion, economies that work for all, and sustaining our shared environment now and for future generations.

Women and girls, everywhere, must have equal rights and opportunity, and be able to live free of violence and discrimination. Women’s equality and empowerment is one of the 17 Sustainable Development Goals, but also integral to all dimensions of inclusive and sustainable development. In short, all the SDGs depend on the achievement of Goal 5.

Eliminate all forms of violence against all women and girls in the public and private spheres, including trafficking and sexual and other types of exploitation.

Eliminating gender-based violence is a priority, given that this is one of the most pervasive human rights violations in the world today. Based on data from 87 countries, 1 in 5 women and girls under the age of 50 will have experienced physical and/or sexual violence by an intimate partner within the last 12 months. Harmful practices, such as child marriage, steal the childhood of 15 million girls under age 18 every year.

Women do 2.6 times more unpaid care and domestic work than men. While families, societies and economies depend on this work, for women, it leads lower earnings and less time to engage in non-work activities. In addition to equal distribution of economic resources, which is not only a right, but accelerates development in multiple areas, there needs to be a fair balance of responsibility for unpaid care work between men and women.

Sexual and reproductive rights are critical in their own right. Shortfalls in these multiply other forms of discrimination, depriving women of education and decent work, for example. Yet only 52 per cent of women married or in a union freely make their own decisions about sexual relations, contraceptive use and health care.

While more women have entered political positions in recent years, including through the use of special quotas, they still hold a mere 23.7 per cent of parliamentary seats, far short of parity. The situation is not much better in the private sector, where women globally occupy less than a third of senior and middle management positions.