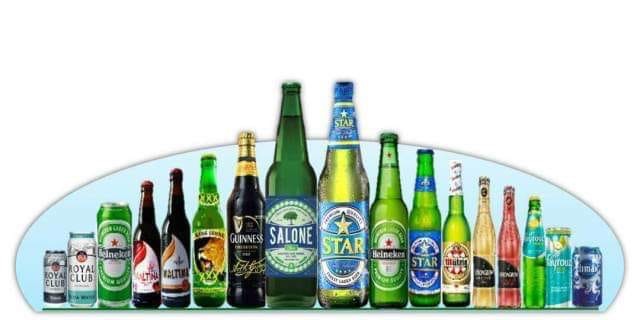 From a well-coordinated country-wide survey mounted by this medium to really know which business companies are doing well in terms of socio-economic advancement the one that kept coming up or was most times mentioned is the Sierra Leone Brewery Limited (SLBL).

Since its establishment in 1961 the country’s premier brewer of alcoholic and non-alcoholic drinks has been growing from strength to strength providing many attendant benefits to the nation.

Ideally situated within the Wellington Industrial Estate, in the East End of Freetown, the company is vibrantly functioning and timely offering its numerous esteemed customers both within and out of the country to the admiration of all and sundry.

A very impressive aspect of the company is the seriousness its shareholders and competent managerial teams have been attaching in rolling out its Corporate Social Responsibility on various fronts that are positively impacting lives meaningfully and by extension contributing to overall national development.

The company is on record for ameliorating the acute water shortage within and out of its area of operations. With support from its partners the Sierra Leone Brewery Limited has championed the construction of state of the art water wells in communities that were previously bedevilled with water supply living in its wake serious social implications including unwanted pregnancies and drug abuse.

Residents are now at vantage positions to access clean and pure water supply which was hitherto difficult to get. In its production chain SLBL is making use of sorghum which is grown locally. The number of sorghum farmers is increasing exponentially and presently stands at over 25,000. The symbiotic relationship between Brewery and the farmers is watertight with the latter benefitting financially thereby putting them in positions to take care of major responsibilities.

Making proper use of the Local Content Policy has placed the company in a good stead as one that is empowering Sierra Leonean farmers. As a matter of fact the company has been undertaking intermittent tours in the provinces on missions geared towards encouraging people to cultivate sorghum. Through radio talks and face to face engagements the awareness has been spread that sorghum is an important product required by the company.

The Sierra Leone Brewery Limited is helping in the area of providing job opportunities both formally and informally. The company has in its employ workers who are working at its production but there are other individuals who are self -employed, dealing in the products produced by the Brewery. These offered opportunities are helping in terms of poverty alleviation.

As it continues to produce favourite drinks cherished by many, it goes without saying that SLBL is really a very relevant entity in this country and it is indeed indisputably right on top of situation.