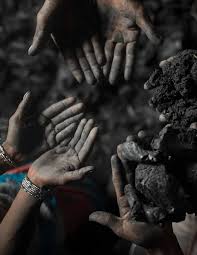 In order to heighten the fight against human trafficking in the country a new strategy has been adopted to ensure that more successes are scored.

Sierra Leone is a source, transit and destination country for thousands of children and women trafficked for forced labour and sexual exploitation every year. Although no official database exists to accurately measure the scope of the phenomenon in the country, it is believed to be affecting mostly children who are taken from their homes and forced to beg on the streets, or work in homes as houseboys, in mines or in plantations.

Human trafficking also affects young Sierra Leonean women and girls who are scammed into paying hefty sums of money for fake employment offers in foreign countries – in the Gulf for instance – only to be coerced into modern slavery or sexual exploitation.

In 2005, three years after the end of a civil war which cost more than 50,000 lives and set the ground to human trafficking networks, Sierra Leone passed the Anti-Human Trafficking Act, thus recognizing the phenomenon as a major national issue.

A National Task Force on Human Trafficking was established with the responsibility to coordinate the implementation of this Act, especially with regard to the enforcement of the law against trafficking.

However, in 2017, only 9 per cent of the victims of trafficking identified by the Sierra Leone Ministry for Social Welfare, Gender and Children Affairs (MSWGCA) came from the Western Urban District where Freetown is located.

“Criminal cases rely on victim testimonies, but this can be difficult to access since the Task Force is located in Freetown and most victims come from far away provinces,” explained Marian Harding-Tommy, Senior Social Welfare Officer for Human Trafficking at the MSWGCA.

“Because victims of trafficking often cannot afford the expensive trip from their district to the capital to testify or present evidence, their cases are closed,” she added.

But this will soon change. Last week, the International Organization for Migration (IOM) supported the MSWGCA in the decentralisation of the National Task Force in 14 of Sierra Leone’s districts to increase victims’ and potential victims’ access to information, protection and justice mechanisms, and avoid procedural delays related to prosecuting traffickers.

The new district task forces will be co-chaired by the MSWGCA and the Office of National Security (ONS), and composed of traditional and religious authorities, the police’s Family Support Unit, youth committees, motor bikers’ union, teachers’ guild and radio journalists.

“Our aim is to bring the lifesaving services of the Task Force closer to the populations by bringing together key community members,” said Mangeh Sesay, National Project Officer for IOM Sierra Leone.

Through monthly meetings, it is expected that these new district task forces will contribute to collecting more data and testimonies to assess the scope of human trafficking in the country. In the future, task force members will also be trained in identifying, referring and providing immediate assistance to victims of trafficking.

IOM’s counter-trafficking activities in Sierra Leone are implemented in the framework of the Africa Regional Migration Programme funded by the United States Department of State’s Bureau of Population, Refugees, and Migration (PRM).