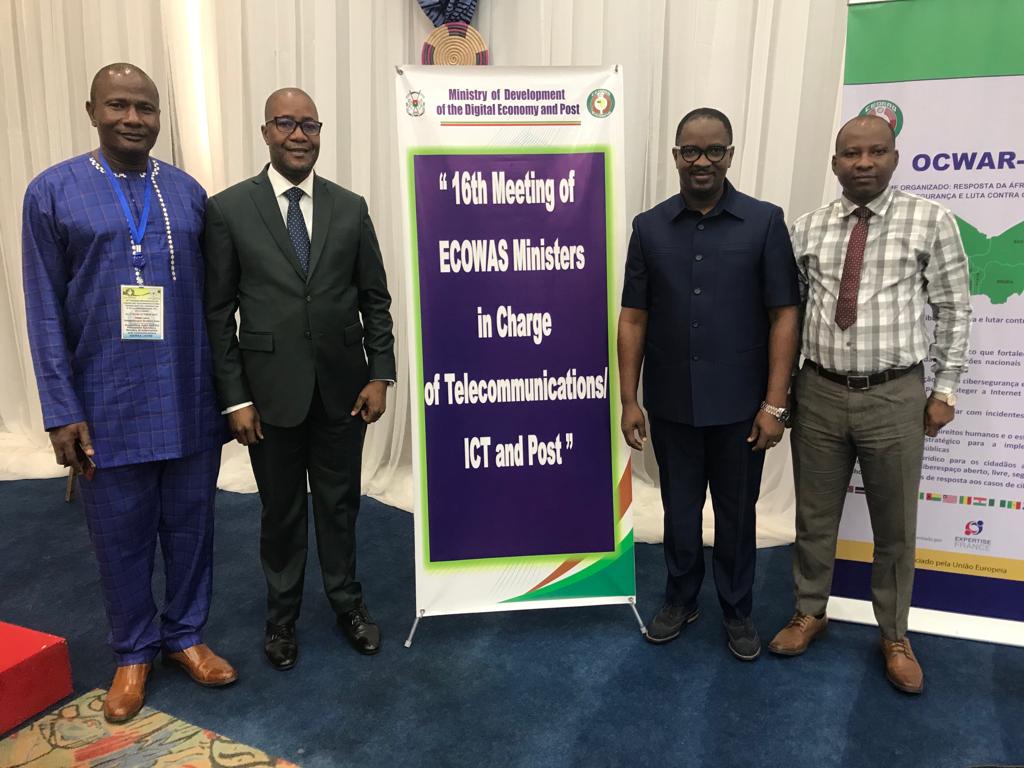 The Minister of Information and Communications, Mohamed Rahman Swaray, has appealed to colleague Ministers of ECOWAS Commission for Sierra Leone to benefit from projects and programs from the ECOWAS Commission aimed at enhancing Sierra Leone’s Digital Transformation roadmap currently developed by his Ministry in line with African Union Digital Transformation Strategy and the ECOWAS Digital programme.

The Information Minister made this statement in his address to colleague Ministers and delegates in charge of ICT/Telecom and Postal sectors during the 16th ECOWAS Ministerial meeting at Laico Hotel, Ouagadougou, and Burkina Faso.

The ECOWAS Ministerial meeting is a periodic event to consider and adopt harmonized regional policies, guidelines and recommendations prepared by the ECOWAS Commission towards the development of the Telecommunications/ICTs and Postal sectors in the ECOWAS region. The Ministerial Meeting also served as a platform where the status of the implementation of tasks assigned to the ECOWAS Commission by the Ministers at previous meetings is also considered.

Minister Swaray used the occasion to reiterate His Excellency President, Dr. Julius Maada Bio’s commitment to the use of digital technologies and innovation in promoting and fostering regional integration.

The Telecommunications/ICT and Postal Sectors Ministers’ Meeting further looked at various programs that the ECOWAS Commission had initiated such as: affordable regional roaming; ICT accessibility policy for people with disability (PWD); Cyber Security agenda for a resilient cyberspace and enhancing the fight against cybercrime in the ECOWAS Region.

On the margins of the Ministerial Meeting, Minister Mohamed Rahman Swaray interacted with delegates from Cape Verde on the possibility of Sierra Leone participating in a study on landing a second Submarine Cable that will provide redundancy to the current single ACE cable as well as linking the country to the Americas through Brazil. Mr. Swaray also held discussions with his Ghanaian and Gambian counterparts on issues bordering Cyber Security, Universal Access Fund and the revitalization of the incumbent operator in Sierra Leone, SIERRATEL.

The ministerial meeting was preceded by an expert meeting (1st – 3rd October, 2019) where the ECOWAS Ministers reviewed and adopted the following reports: the ECOWAS ICT accessibility policy for Persons with Disabilities (PWDs); the draft guidelines and the recommendations on relevant market powers which have been developed by the Commission that sets out the principles for use by the National Regulatory Authorities (NRAs) for more effective competition in the ICT markets of ECOWAS Member States; and the recommendations of the West Africa Internet Governance Forum (WAIGF) towards fostering the sustainability, robustness and security that will promote the use of ICT services as well as increase internet penetration to promote increased active participation and engagement of ECOWAS citizens, including the youth in internet governance discussions among others.