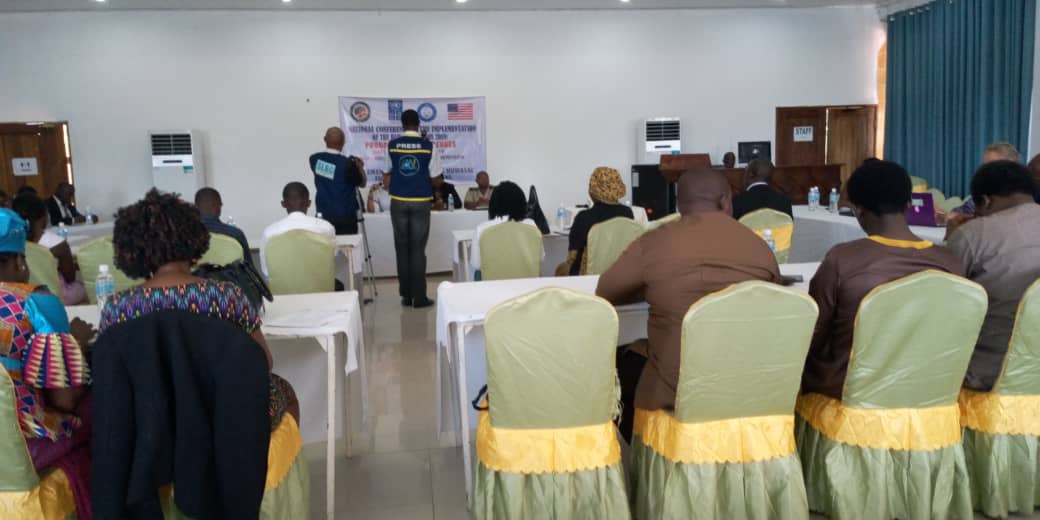 Thanks to funding from UNDP, the Center for Accountability and Rule of Law (CARL), in partnership with Prison Watch and Humanist Watch Sierra Leone, has presented a monitoring account of the implementation of the Bail Regulations, 2018.

The data, disclosed at the Sierra Light House, Freetown on October 4, 2019, provides a comprehensive account of the number of cases tried by Magistrate Courts across 14 districts in the country as well as the percentage of cases in which bail was granted or rejected by Magistrates.

According to the data, Magistrates in the provinces are generally more willing to grant bail compared to those in the Western Urban Area. It shows that Magistrates in Freetown granted bail only 33% of the time while those in the provinces had a bail approval average rate of 75%. The national average of the bail approval is 51%, clearly suggesting that a lot more needs to change in order to meet the objectives of the Bail Regulations, 2018.

The data further shows that of the 3,122 cases monitored over a period of 6 months the most prevalent offence was larceny, closely followed by sexual penetration. In fact, of all the sexual offence related offences, sexual penetration was the most prevalent. While there are still delays in proceedings in the Magistrate Courts, the data shows that witness absenteeism is the main reason for the many adjournments in criminal trials in Magistrate Courts.

The report notes that there is an emerging and very worrying trend whereby Magistrates grant bail, subject to the accused fulfilling very onerous conditions. The report notes, “We also observed that bail conditions were sometimes so onerous that many accused persons found it practically impossible to meet them. The effect of this is that while bail may have been granted, the conditions were so onerous that they amounted to refusal of bail. These situations led to most accused persons being remanded at different correctional facilities across the country.”

Thankfully, Magistrates were also invited to respond to some of the issues emerging from the report. They shared the underlying reasons for rejecting bail applications or ordering “onerous” conditions. Some of them include fear that the accused persons might jump bail, the gravity of the offence, and the history of the accused. They said the unavailability of sureties and the absence of National Revenue Authority (NRA) offices to pay fines in some districts also mean that some accused persons end up being remanded even after bail has been granted.

Justice Komba Kamanda, who represented the Chief Justice as the key note speaker, spoke of the ongoing efforts to reform the judiciary and commended CARL and its partners in their efforts to foster judicial accountability. He made a strong commitment on behalf of the judiciary to support the implementation of the Bail Regulations, 2018.

“…I can authoritatively state that it is now the approach of the leadership of the judiciary that bail should not be used as weapon or a means of punishment but rather a process meant to secure the attendance of witnesses and to preserve the sanctity of the proceedings. It should no longer be used as tool for injustice…,”  he said.