He started by recognizing the outgoing Executive for their tremendous efforts in reconstructing journalism in Sierra Leone.

He also mentioned that journalism in Sierra Leone today is not well remunerated, and that if the media has the financial support they need they would remain professionals.

The Vice President further stated that journalists need to maintain a high standard of professionalism stressing that  if journalists are credible, if their stories are well researched, they will earn more respect in society.

He also mentioned that, “he would select more journalists than any other professionals to attend the Forum for African Summit in France very soon”

VP Juldeh mentioned that the Government will relax the Libel laws but with an alternative because they are going to package and repackage it so that there would still be a law to guide the work of the media.

He said journalists need a dialogue to establish Headquarters for them in the country and that the Government is going to discuss about the subventions for journalists as well as to empower them to be professionals.

“The media should move from a social infrastructure to an economic one, which would also be part of our dialogue approach,” he disclosed.

The Vice President appealed to journalists to make use of the social media to positively inform the public.

Deputizing the Minister of Information and Communications, his Deputy, Mamadi Goba Kamara thanked His Excellency the President, Dr. Julius Maada Bio for her appointment saying she sees such as a daunting task, though challenging saying it is a litmus test to unleash her potentials.

According to her the theme for the triennial SLAJ general assembly meeting – ‘Social media and the Future of Journalism in Sierra Leone’, coincides with the Global Conference for Media Freedom that is co-hosted in London by the UK and Canadian governments from July 10 to 11, 2019.

She said on the 13 June, 2019 delegates of news agencies from five continents including Sierra Leone, prominent journalists from foremost world media outlets around 100 countries, held discussions, in Sofia, within the frameworks of the 6th News Agencies World Congress.

“The focus was on fake news, new models of ownership of news agencies and new sources of information,” the Deputy Minister disclosed.

Mamadi Goba maintained that the theme of the Triennial General assembly meeting of SLAJ is actually the theme of the future of mankind because we can no longer imagine our everyday life without the burgeoning development of technology and without the increasingly dynamic information flow we live in. “The impact of journalism in the 21st century is significant in many respects not least because the media plays an essential role in strengthening an enlightened citizenry. With the advent of social media, there is no shortage of news the world over and Sierra Leone is not an exception,” she posited.

The future of Journalism is clear, she pointed out, in the sense that the functional media perspective of informing, educating and entertaining the general public will always be at play. She noted, however, that with the proliferation of all sorts of news and issues via social media, journalism needs to be more proactive furthering how today most issues are first seen online before traditional newsmen go out to source information proper.

She admonished journalists to brace up and work in line with the Independent Media Commission Code of Practice.  “For instance, the IMC code makes it clear that newspaper and periodicals should take care not to publish inaccurate, misleading and distorted information including pictures. They should take care to check and fact-check the accuracy of their information prior to publication,” she admonished adding how as a Government they are taking steps to protect citizens against Press subjugation.

The Information Deputy Minister maintained that while His Excellency President Bio remains committed to fulfil his campaign promise of decriminalizing the 1965 Public Order Act, measures will also be put in place for citizens who are maligned to seek redress through the appropriate means which includes recourse to the IMC or the Civil Court.

She revealed how efforts by Government to enact appropriate laws for cyber-crimes which will also provide recourse to redress through civil action are far advanced.

“The future of journalism in Sierra Leone is still very bright just if newsmen and women continue to give in their best and report things with utmost precision,” she expressed optimism. 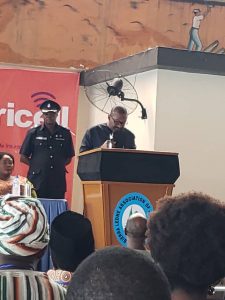 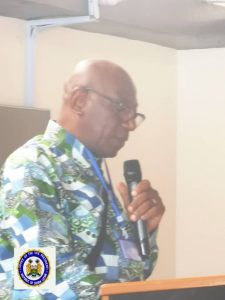 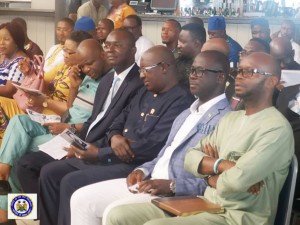 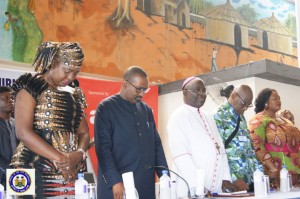 Quoting Fabrizio Moreira ‘Fake news is a big thing in the field of Social Media Journalism, Fake news can be as simple as spreading misinformation or as dangerous as smearing hateful propaganda,” the Deputy Minister ended up wishing SLAJ members a fruitful deliberation.