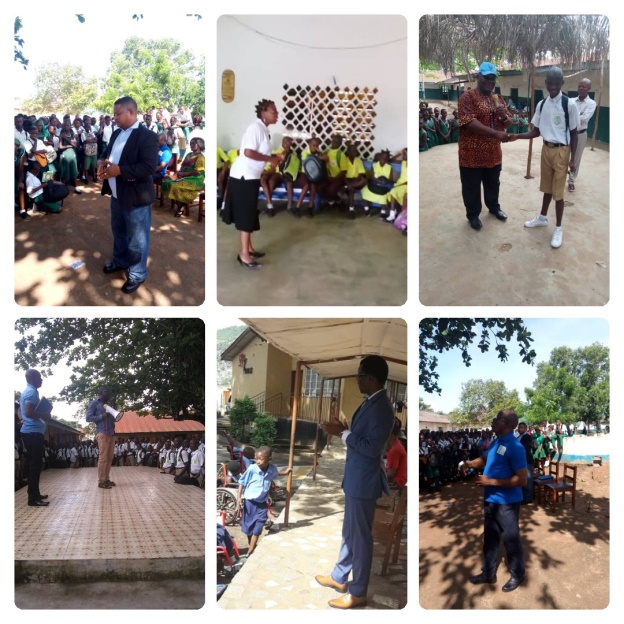 The Human Rights Commission of Sierra Leone joined the rest of the world to commemorate the Day of the African Child on June 17 2019, by embarking on nationwide public education in schools.

Section 7(2) (b) (i) of the HRCSL Act states that the Commission should promote respect for human rights through- ‘ public awareness and education programmes aimed at creating a culture of human rights in Sierra Leone’.

On June 16 annually, the 1976 massacre in Soweto South Africa is observed to remember the blatant violation of human rights by the military on innocent school pupils who protested against low quality education and demanded to be taught in their own language.

Hundreds of pupils were killed and thousands injured. As a result of this, the African Union used June 16 to commemorate the death of those fallen heroes and heroines and also to highlight the present situation and rights of the African child to quality education and a better life.

This year’s theme ‘ Humanitarian Action in Africa: Children Rights First’ was a great opportunity the Human Rights Commission didn’t want to miss. The Commission engaged the pupils on their rights, corresponding responsibilities, the background to the establishment of the Commission and the commemoration of the Day of the African Child and the Free and Quality Education.

The Commissioner in charge of Regional Services and  Regional Deputy Directors and other staff engaged schools in their respective regions while three teams headed by  Commissioners dispatched from the headquarter in Freetown targeting schools in the West, Central and East of Freetown.