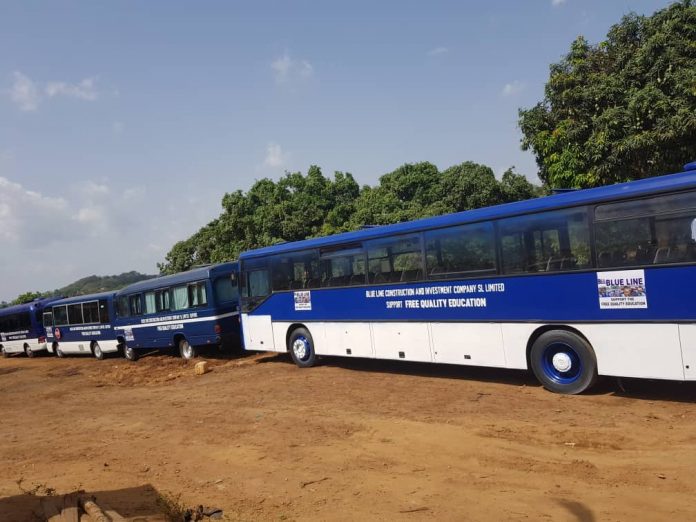 One of the flagship initiatives of the Maada Bio led SLPP Government, Free Quality Education, is currently in full gear.

It is targeting pupils in primary and secondary school making provision for non-payment of fees, benefitting from free core textbooks with a component of free feeding in the package but still to be implemented.

Many have applauded the Government for rolling out the scheme maintaining that development is enhanced by educated and enlightened citizens. It goes without saying that a high percentage of human capital is inextricably linked to rapid development. Attention could not be only focused on gaining academic qualifications but rather attaining education in technical and vocational enlightenment is also highly significant.

Considering the payment of exorbitant fees by parents created the unpalatable situation where we had a huge chunk of school drop outs which did not augur well as it led to involvement in various vices by the unfortunate boys and girls whose future are definitely very bleak.

Since its implementation the Free Education has been going through some challenges one of which include lack of enough classrooms to accommodate the increased number of pupils in school, lack of enough teaching materials among others.

Quickly and timely access to affordable transportation is seriously affecting pupils who live in distant places sometimes causing them to reach school late and even return home late ,not giving them enough time to study at home.

As a way of complementing the efforts of Government to effectively roll out the Free Education Scheme a renowned entity Blue Line Construction Company has decided to provide free bus services for pupils attending different schools in Freetown.

This came about when a generous Sierra Leonean from the United States of America, Dr. Mohamed Tunde Macarthy decided to avail free bus services as well as distributing uniforms within the realm of giving back to society in what they considered to be their Social Corporate Responsibility.

One bus will take off from Waterloo to Syke Street from the East end part of Freetown and from Lumley to PZ from the West end.  40 buses will undertake this venture and no fee will be charged. Most parents have expressed profound gratitude to the providers underscoring that it is not only timely but a humane gesture that should be well embraced.

They further admonished school going pupils to behave themselves well and ensure that they must refrain from doing things that will destroy the free buses.