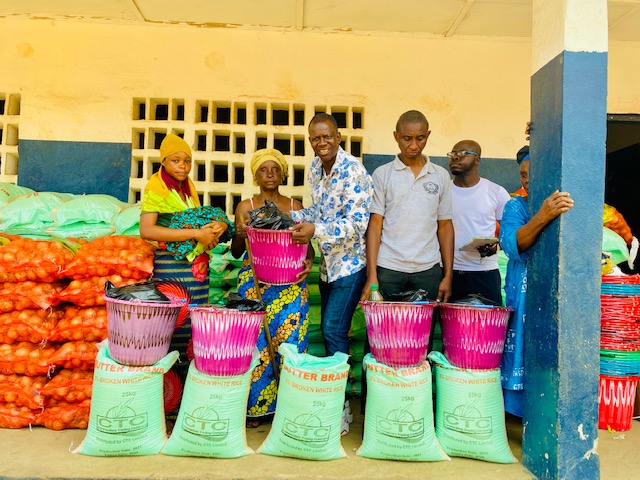 As a way of alleviating the plight of victims of the Race Cross Fire disaster, the Baptist Convention of Sierra Leone (BCSL) has on Saturday 14th May, 2022 donated assorted food items worth millions of Leones to hundred and fifty residents of the Race Ross Fire Disaster whose houses were gutted down by a recent fire disaster. The donation took place at the Bishop Crowther Memorial Primary School Race Ross Community in the East End of Freetown.

He intimated that as a responsible ministry that seeks the welfare of all regardless of tribe, race, ethnicity, religion they saw it befitting to make the donation out of the strong conviction that such could be helpful especially when the fire disaster destroyed properties and left thousands deprived.

Presenting the items, the Vice President of the Baptist Convention of Sierra Leone, Rev. Titus A.S. Kamara informed the gathering that the donation is to help them cope with the stress they are going through and to rebuild their lives after the fire disaster.

He maintained that the victims were devastated due to the unfortunate incident that befell them as the  disaster left the victims not only homeless but also vulnerable as they lost all their properties including school materials, beddings, cooking utensils, clothing, cash and other valuable household properties.

He concluded by admonishing beneficiaries to make good use of the donated items in order to support themselves and their families.

Isatu Kamara, one of the beneficiaries, commended the Baptist Convention of Sierra Leone for donating the relief items which she said are very important in terms of cushioning the negative impacts of the fire disaster on them as victims.

She disclosed that during the fire disaster they lost everything as they are currently challenged in securing basic necessities especially food, furthering that with the donation received such will greatly help in supporting them and their families.

Ibrahim Sesay another victim also expressed appreciation to the Baptist Convention of Sierra Leone for the kind donation.

He underscored that things are not really easy for them at the moment, maintaining that after the fire disaster many families lacked food to feed themselves and their children but said with the assorted food items donated to them such will help them and their families slowly rebuild their lives. 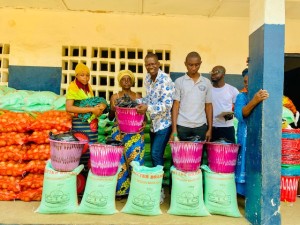 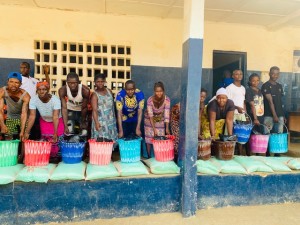