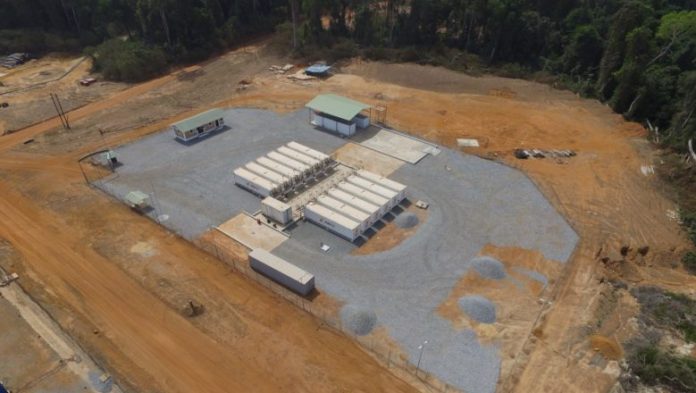 The International Finance Corporation (IFC), a member of the World Bank Group, has signed a US$60 million funding agreement with the Sierra Leone based rutile miner, Sierra Rutile Limited.The partnership deal signed on Monday with representatives from Sierra Rutile’s Australia-based owner Iluka Resources Ltd, is meant to fund expansion drive of the company’s operations in the West African country.

A statement from the World Bank country office sent to journalists described the agreement as equity investment and said it will help the company double its rutile production from the current 150,000 tons per year and extend the life of its mine to at least 2035. It also promises creation of local jobs and economic benefits for the country.

“IFC will also work with Sierra Rutile Limited to increase its positive impact on local communities. A three-year advisory services agreement between IFC and Sierra Rutile will help the mining company
implement a new community investment and engagement strategy, improve the transparency and use of community-managed mining revenues, and develop a women and youth social and economic empowerment program,”  the statement reads.

Rutile, a titanium mineral, is one of the top two mineral foreign currency earner  for Sierra Leone, alongside diamond and iron ore. And Sierra Rutile has been the leader in the production of titanium mineral.

“Partnering with IFC will provide benefits to Iluka, IFC, and the people of Sierra Leone by promoting the continued, sustainable development of the Sierra Rutile operation,” Tom O’Leary, Managing Director of Iluka, said at the signing ceremony held at the Radisson Blu Mamy Yoko Hotel in Freetown.

Sierra Rutile Limited prides itself as the largest tax payer, private employer, and foreign exchange earner for Sierra Leone. But the company has also come under criticism over the impact of its activities on the local communities where it operates.