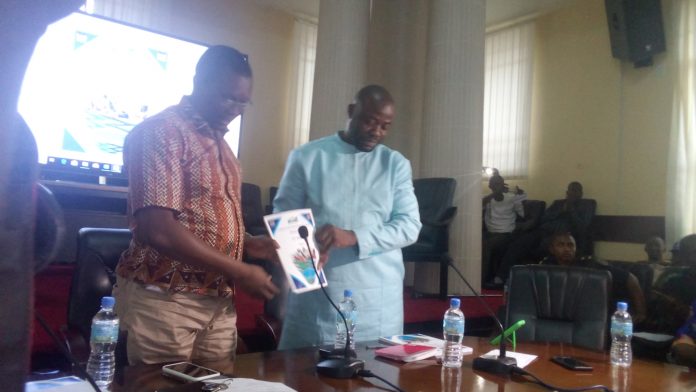 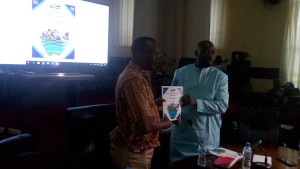 On Friday 28th June, 2019 the National Public Procurement Authority (NPPA) launched the 1st Quarter of  Price Norm at the Ministry of Finance Conference Hall in the presence of media practitioners and other relevant stakeholders .

The Chief Executive Officer of the National Public Procurement Authority, Ibrahim Brima Swarray, said when he was appointed as Head of that institution he noticed that the state of national procurement was in a total mess. “The status quo was rotten to the core,” he bemoaned adding how the country has highly qualified procurement practitioners but such was not reflective in the way and manner procurement procedures were done.

He highlighted that under his jurisdiction he will ensure that the era of corrupt procurement practices, as contained in various past audit reports, will become a thing of the past.

The NPPA CEO informed that the Price Norm encompasses prices of various goods or commodities used in the country and should serve as a reference whenever procurement is to be made by Ministries, Departments and Agencies.

He appealed to procurement officers to always comport themselves professionally in order for transparency to be seen at play.

Swarray disclosed that very soon this country will commence the use of electronics procurement which he assured will come to fruition by 2020. He further revealed that an e-procurement Directorate has been established.

Swarray stated that in their decentralization drive, in order to make their presence felt countrywide and enhance efficiency, they recently opened an office in Bo, saying they have one in Makeni and pretty soon they will open another in the Eastern Province.

Earlier, the Deputy Financial Secretary, Mathew Dinge,  representing his boss, Sahr Jusu, who was unavoidably absent posited that technical and forensic audits revealed that for quite a considerable period of time there had been lapses in the way procurement were done. “This kind of situation has the tendency of eroding donor trust in the country which will seriously affect us,” he furthered.

He urged relevant stakeholders to make wise use of the Price Norm to guide their procurement decisions stressing how it should be a reference document.

Deputy Director of Public Procurement in the Ministry of Finance, Fodie Konneh, said the underlying aspect of procurement practices borders on value for money going further to maintain that the Price Norm is very important to achieve that.

He noted that it will promote transparency and accountability. He added that corruption always rear its ugly head in situations where procurement is not done correctly.

Konneh stated that the Price Norm gives credibility to the national budget. He then congratulated the NPPA CEO for his commitment, handwork and high sense of professionalism.