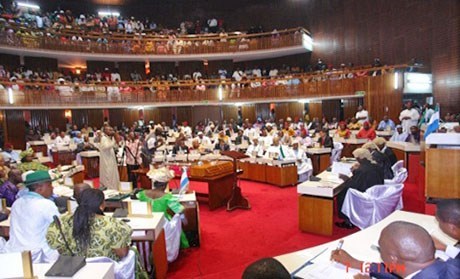 The Parliament of Sierra Leone on Thursday 20th June 2019 debated and approved the Third Report of the Second Session of its Committee on Appointments and the Public Service, chaired by the Leader of Government Business, Hon. Sidie M. Tunis.

Congratulating the nominees after approval, the Speaker of Parliament, Rt. Hon. Dr. Abass Chernor Bundu called on them to use their expertise to live up to the expectations of President Bio and Parliament for the confidence reposed in them to serve in high offices of State for the development of Sierra Leone.

VII. Ms. Rosetta A. Wilson-Member, Board of Directors, Sierra Leone Electricity Generation and Transmission Company Board

Seconding the motion, Hon. Veronica K. Sesay of SLPP commended President Bio for putting square pegs in square holes whilst describing the nominees as “the most fitted” to occupy such important positions of trust. Speaking on the protection of women, she called on the women who have been nominated to work diligently and use their expertise to advance the cause of women and children in Sierra Leone.

Hon. Shiaka M. Sama, an independent MP from Pujehun also commended President Bio for nominating qualified persons to serve in high offices of the State. He urged them to take tough decisions that would bring change for the development of Sierra Leone.

Hon. Daniel B. Koroma of APC said that “the APC is desirous to continue its participation in the approval of presidential nominees” and spoke on the need for improving tourism in the country.

Hon. Bernadette Songa of SLPP also commended President Bio for carefully selecting qualified persons to assist in the realization of the New Direction. She decried the attitude of presidential nominees who had been approved as “appalling” towards MPs, especially when they are knocking on their doors to seek answers for their constituents.

Hon. Dr. Kandeh Yumkella, Leader of NGC recalled the number of persons who had been approved by Parliament, he urged Board Members to provide strategic direction to Ministers for effective delivery. Speaking on the minerals sector, he revealed that Sierra Leone, Guinea and Liberia were hit by Ebola but the mines did not close in Guinea and Liberia except Sierra Leone which he attributed to poor governance.

Hon. Ibrahim Ben Kargbo, the Acting Leader of the Opposition commended President Bio for exercising his constitutional obligation by appointing qualified persons to serve in high offices of State. He urged the Government to provide funds to enable the Boards to effectively carryout their duties for the development of the country. He observed that Dr. Alpha Wurie and Alpha Timbo are the two Ministers who are going to succeed in their respective appointments. He also spoke on the importance of improving aviation, energy and tourism in the country.

Concluding, the Leader of Government Business, Hon. Sidie M. Tunis commended President Bio for nominating four women in light of achieving affirmative action and for the honorary Doctoral Degree recently conferred on him in Ghana. He also thanked President Bio for launching the feasibility study for the construction of the “Lungi Bridge” that will connect Port Loko to Freetown. He described the nominees as “qualified” and called on them to support the Government for a successful tenure.

In another development, the Parliament of Sierra Leone has on Thursday 20th June 2019 approved membership to over 40 Sessional Select Committees including international organizations such as Commonwealth Parliamentary Association and the International Parliamentary Union.

Sessional Select Committees are constitutionally charged with the responsibilities to inquire into the activities of MDAs to which they are assigned and make recommendations that may lead to proposals for legislation.

Following the announcement and approval of these Committees, some Chairmen retained their Committees and others were either promoted or transferred to other Committees in the House.