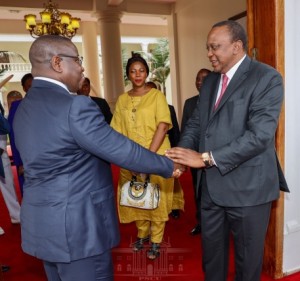 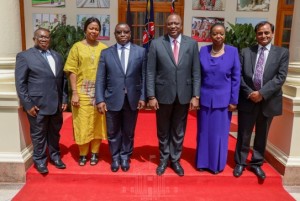 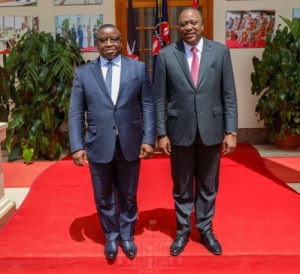 President Julius Maada Bio has met with his Kenyan counterpart, Uhuru Kenyatta at the State House in Nairobi to discuss issues bordering on tourism and trade.

At the meeting between President Kenyatta and President Bio, the two leaders discussed ways of promoting tourism and boosting trade between Kenya and Sierra Leone.

President Kenyatta commended his Sierra Leone counterpart, who was in Kenya together with his family for vacation, for choosing Kenya as a holiday destination.

The Kenya President encouraged other African leaders to pick Kenya as holiday destination of choice saying the country has a well-developed tourism and hospitality sector with so much to offer its visitors.

The two leaders agreed that time had come for the continent to join hands to improve intra-Africa trade so as to augment the continent’s economic bargaining power at the global arena.

President Kenyatta invited President Bio for a State visit so that the two countries could explore more areas of cooperation to boost their economic and people-to-people ties.

At the meeting with acting President Vyapoory of Mauritius who was in Kenya for the 21st COMESA International Trade Fair and High Level Business Summit, President Kenyatta praised the enhanced bilateral ties between Kenya and Mauritius.

The two leaders expressed satisfaction that implementation of the agreements signed between Kenya and Mauritius to boost trade and other areas of cooperation including tourism was progressing well.

The agreements were signed in April when President Kenyatta was in Mauritius for a State visit.