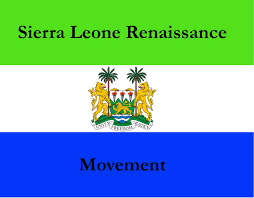 A press release issued by the Sierra Leone Renaissance Movement says it is concerned about the judgments delivered by the High Court in several petitions against the election and continuance of some members of parliament as Parliamentarians through questionable judicial decisions which removes democratic franchise from the people.

Firstly, the movement notes that the petitions filed in favor of the Sierra Leone People’s Party have been heard and determined while most of those of the opposition are yet to be listed for hearing.

Secondly, the Movement has examined section 146 of the Public Elections Act 2012 in the light of the orders declaring candidates who polled the second highest votes as duly elected members of parliament. The Movement notes that section 146 of the said Public Elections Act 2012 is silent on the position of the law when a member declared initially elected has his candidacy and election declared null and void by the Courts – while being clear in section 146(4) on what happens when the election itself is declared void.

The Movement has not found any legal justification, either statutory or a judicial precedent, for such a strange declaration by the High Court of Sierra Leone apart from the highly controversial decision by Justice A. Showers JA, in 2012 in the Hon. Sam May Lamin Macarthy V. Ansu B. Lansana Petition – which the movement believes was predicated on no precedent and had no support in the electoral laws of Sierra Leone. The movement believes that where such a situation arises, the proper position ought to be that a fresh election takes place in the affected constituencies and not an ad hoc assumption of office by judicial proclamation, thereby leaving the constituents with no voice in the matter.

The Movement is weary of what seems to be the egregious abuse of its judicial powers and privileges by the Judiciary; that relies on such wrong precedents, with possibility of stoking the flames of discontent amongst aggrieved citizens and opposition groups.

The Movement reminds the Government of its commitment to the Rule of Law as so expressly stated by the President in the first State Opening of the Fifth Parliament in which he committed his government to refraining from “acting unconstitutionally and scrupulously respecting the rule of law in the best interest of national development and stability”.

The Movement therefore believes that declarations and consequential swearing in of the new Members of Parliament was in in violation of section 146 of the Public Elections Act 2012 though consistent with that legally flawed precedent highlighted earlier.

The Movement equally condemns the violence and intimidation by the police of opposition groups, especially women, as seen on videos shared on social media; but similarly calls on the opposition to raise issues with civility and channel their grievances within the framework of law and order.

The Movement urges the government, the opposition, the judiciary and other state and civil actors to ensure they safeguard the democracy of our nation by ensuring to do justice at all times and in a manner, that does not derogate from established rules of procedure and extant laws. We should also reform the electoral laws to forestall problematic interpretations that may undermine the peace and stability of Sierra Leone.

While there is clear need for reform and fair engagement on the issues herein highlighted, we urge all concerned to remain peaceful and continue to seek redress through legal and non-violent means including appeal and political engagement.

As the Bullet is Bulleted… Dr.Prince Harding’s Political Career Hangs in the Balance

Sierra Leone: =COMMENTARY= A Crying Need for SLPP to do Practice on Political Tolerance