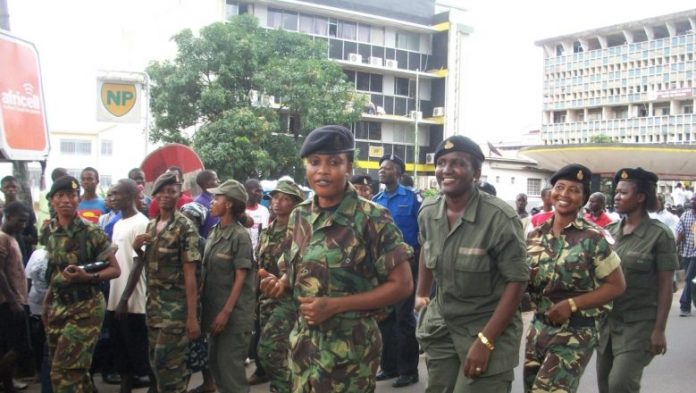 The Republic of Sierra Leone Army (RSLAF) says it has dismissed four female recruits after they were found to have gotten pregnant just a week into training. The dismissed recruits were part of a special team of all-female intake. The 300 women were recruited as RSLAF’s response to demands from international peacekeeping missions for countries to ensure that at least 15 per cent of their contingents taking part in peace keeping operations are women.

Major Yaya Brima, Spokesman for the RSLAF, said the four were dismissed on 16 April, after failing final medical test in respect of pregnancy.
“As usual, particularly for female trainees, this final test was conducted in the first week of the training,” he said, adding that those slammed with the marching orders included one cadet and three recruits.

Major Brima said the move is part of RSLAF efforts to fulfil the government’s drive to ensure all government Ministries, Departments and Agencies (MDAs) meet the 30 per cent quota for inclusion of women as recommended by the United Nations. The special team of recruits is expected to graduate this June.