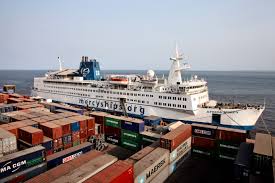 During an audience with His Excellency Julius Maada Bio, President of the Republic of Sierra Leone this week, the government and charity Mercy Ships signed both an Accord De Siege and a Protocol Agreement which begins a fresh working partnership based on a country engagement plan for 2019-2023.

The country engagement plan, which begins with a protocol signing, initiates a period of assessment, then a 10-month surgical ship deployment which will include provision of free surgical and dental care in partnership with local institutions for training of health care workers, followed by additional support after the ship’s departure and, lastly, impact evaluation.

“On behalf of the Government and people of Sierra Leone I wish to express profound gratitude to Mercy Ships for their continuous humanitarian and medical supports towards providing treatment to people with various medical conditions,” stated Dr. Anthony Sandy Deputy Minister of Health and Sanitation.

These agreements pave the way for necessary collaboration in-country to begin assessment and design of programs as well as arrangements for port, security, water and sanitation necessary for a future port visit. In addition to providing surgical services, the hospital ship will serve as a platform for training West African health care professionals. The programs ensure that the positive impact of Mercy Ships will continue long after the ship leaves Sierra Leone.

Mercy Ships CEO Donovan Palmer highlighted the partnership aspect with the government of Sierra Leone.  He stated, “We are excited to confirm that we are in the early stages of planning a future return to Sierra Leone, which will be our sixth field service (1) working in this nation and our first since the Ebola crisis. Now that agreements are signed, we begin the important process of assessing the needs that exist and how we can best assist to deliver hope and healing to those in tremendous need of care.”

Specifically, these agreements will allow Sierra Leoneans to benefit from the specialised surgical services of the hospital ship and training of West African medical professionals to build capacity. With its crew of surgeons,  nurses and other professionals from around the world who volunteer their services on the hospital ship, Mercy Ships will make investments in local health care facilities and  provide continuing education for local professionals, mentoring in such fields as maxillofacial surgery techniques, orthopaedic trauma, nursing, paediatric anaesthesia and infection control. The partnership will focus on improving quality of care and communication.

Sierra Leone is a rapidly growing country with an estimated population of 7.88 million, up from 5.5 million in 2008.(2) Sierra Leone is positioned at 84 out of 189 countries and territories in the Human Development Index, which Mercy Ships uses to assess areas of need for service. Sierra Leone’s life expectancy at birth increased by 14.9 years although the nation’s GNI per capita decreased by about 18.2 percent during the same time.(3)

Improvements have been made in health care, despite the direct and indirect disruption to services during the two-year Ebola epidemic that began in 2014. The crisis resulted in more than 30,000 reported cases and 11,000 deaths throughout Liberia, Sierra Leone and Guinea, where Mercy Ships is currently wrapping up a field service.

All Mercy Ships services are provided free of charge, thanks to donors around the world in their support of the volunteer professionals on board the Africa Mercy and the nations they serve.  The Africa Mercy is currently scheduled to arrive in Dakar, Senegal for 10 months from mid-August this year.