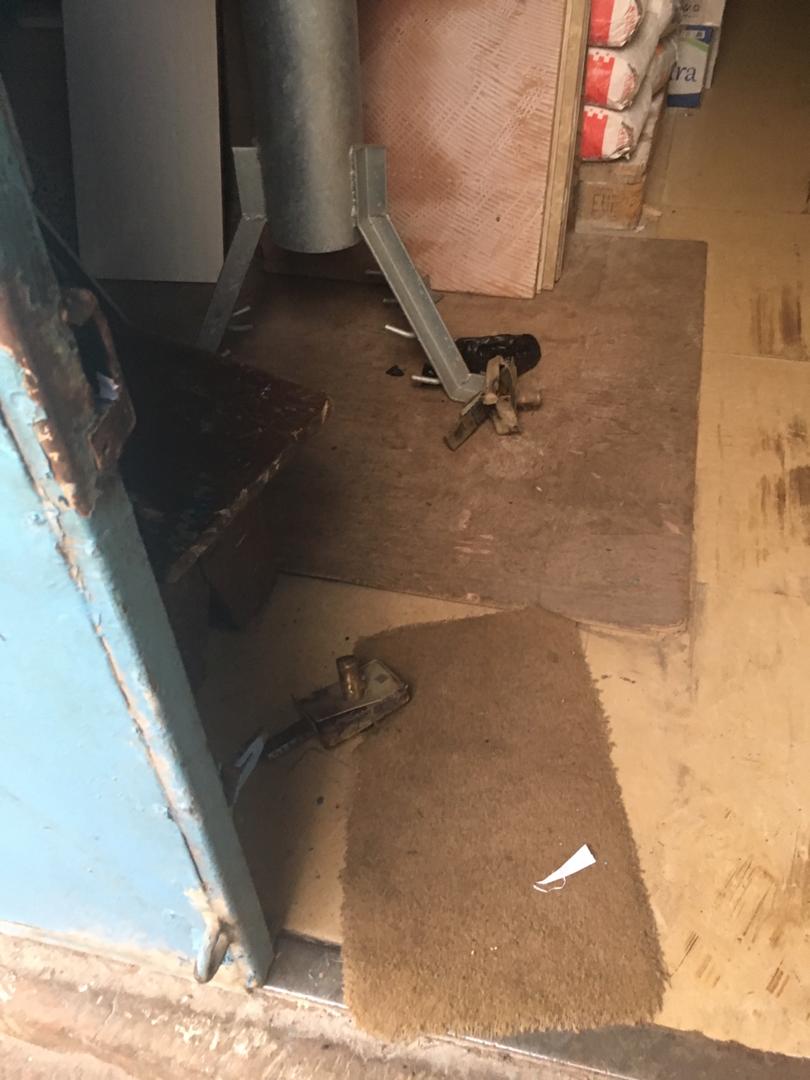 In the early hours of Friday 12th July 2019, thieves broke into the headquarters of GURU NANAK, a business entity situated at 8 ECOWAS Street in Freetown.

According to reports, the thieves broke into the main gate, destroying two 6-ton locks and entered the building. They tried to break into a safe but eventually carted the safe away. The safe contained Le 25 million and five passports.

Some items costing Le 14 million were also stolen from the shop.

The owner of the business establishment, Mr. Dev, said the safe that was stolen cost Le 10 million- all items stolen amounting to Le49 million, adding that the damage done to the fence would cost Le 3 million to repair.

According to the owner, the matter has been reported to the Central Police Station; and the police in their investigations, have questioned the GURU NANAK watchman, who said he slept elsewhere because of a heavy downpour. Another boy, who slept somewhere outside the crime scene, was also questioned; but both have been released.