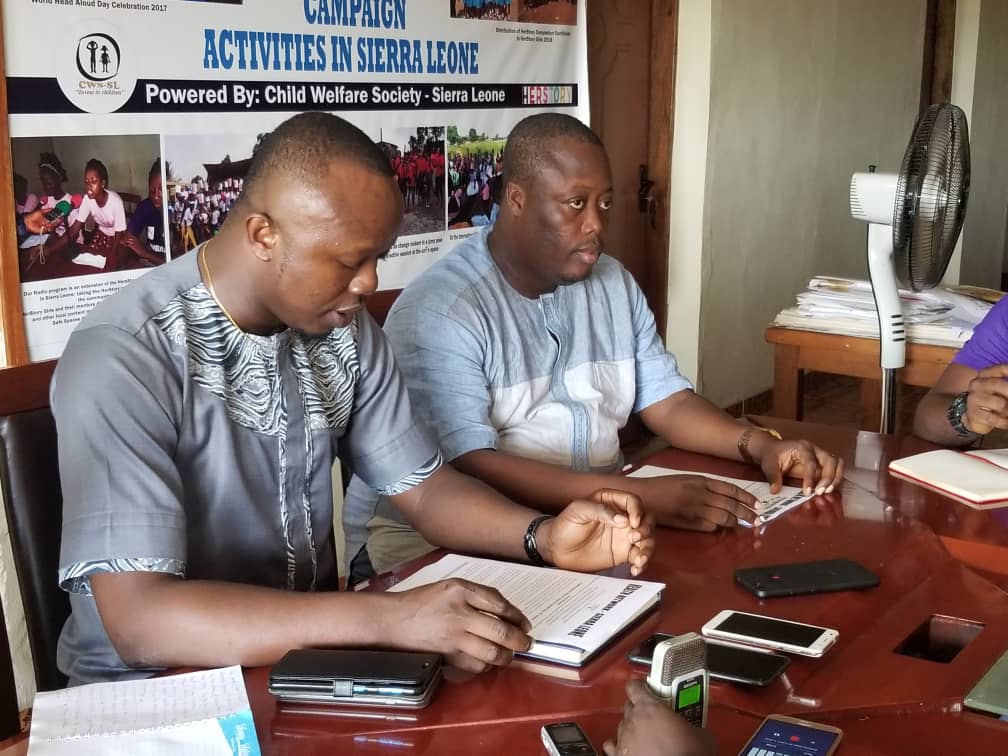 A civil society organization, Health Network on Health and Human Rights, which is championing advocacy against alcohol abuse on Friday 27th September 2019 convened a press conference to discuss issues relating to ‘World No Alcohol Day’ celebrated on 2nd October 2019. The event took place at 89 Fort Street in Freetown.

Robert Kondema Kargbo, Head of the CSO said most deaths in the country are related to alcohol intake citing drunk driving as an instance further pointing out that some of the accidents that occurred as a result of alcohol intake led to maiming of limbs.

He further dilated on the negative economic implications of accidents resulting from drinking on the families and the country as a whole. Kondema disclosed that according to the World Health Organization (WHO), some 2.5 million deaths are alcohol related and 320,000 of these are people between the ages of 15 – 29 years.

He informed how alcohol is the third leading cause of poor health around the world.

“Health Network Sierra Leone is on a campaign to reinforce the social norms that people below 18 years are not allowed to drink alcohol and further raise awareness over the negative results of drinking,” he underscored.

According to him the institution notes that alcohol has psychological and physical effects on consumers and frequent drinking can lead to alcoholism.

“It is because of the threat posed to the health of nations that the World Health Organization (WHO) is advocating for the reduction of the abuse of alcohol across the world,” he stated pointing out how in 2008, during the World Health Assembly (WHA) held in Geneva, Switzerland, a proposal was made by India for a global alcohol-free-day to draw attention to the health risks associated with alcohol abuse.

Though this day was not officially declared by member states, they have been observing that day ever since, he said.
In respect of their campaign against abuse of alcohol, the HN-SL proposed several recommendations for action by the Government as follows:
* Government to implement laws to prevent alcohol abuse and alcoholism,
* To prohibit the sale of alcohol to anyone under the age of 18,
* Review of the licensing act and other regulations on alcohol use,
* Preventing harmful alcohol consumption,
* Preventing young people from becoming psychologically or physically dependent on alcohol.
* The contents of the alcoholic products produced needs to be assessed and maintain standards that will not affect the health of the population and this is where the Standards Bureau will actively come in to provide technical support.
* To discourage the advertisement of alcohol on media and public places.
* To authorize and reinforce harmful pictures on the bottles and containers of alcohol.

According to Kondema they are of the strongest conviction that if the following recommendations are implemented or adhered to there will be a marked reduction in the harmful use of alcohol, crime rate, and domestic violence and traffic accidents culminating in resultant better health conditions for citizens.

Representatives of other relevant stakeholders made salient contributions during the media engagement.

A question and answer session climaxed the press conference.