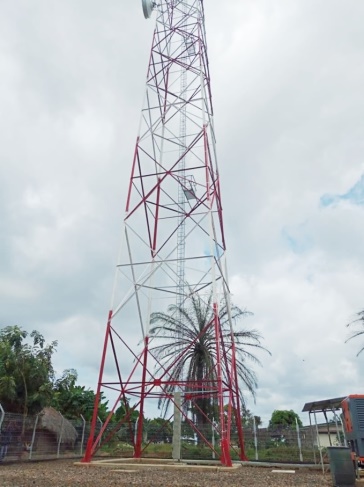 In the manner of a plant bearing flowers that bloom, Orange Sierra Leone has extended its services to the far southern district of Bonthe, Yagoi to be particular.

The launch attracted traditional and religious leaders, youth groups, women leaders and representatives of the Paramount Chief and Speaker of Imperi Chiefdom.

Acting Chiefdom Speaker of Yagoi, Mohamed Lahai thanked Orange Sierra Leone not only for the establishment of the site furthering how it will improve the standaed of living of residents in that part of the country. 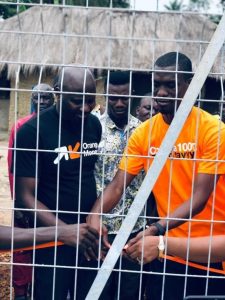 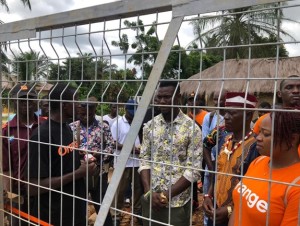 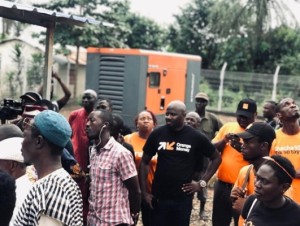 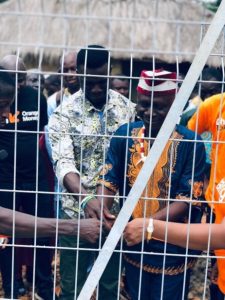 Earlier in the ceremony, David Samba Mansaray, CEO Orange Money, thanked the people of Yagoi for hosting them in the chiefdom and presented Phones, Caps, T-shirts and Hand Bands as a goodwill gesture on behalf of the Management of Orange Sierra Leone.

He stated that  their coming to Yagoi is not influenced by the huge mining activities ongoing in the chiefdom but  as a result that people in the Chiefdom and Yagoi in general want to talk to each other and also transact financial services promptly and efficiently.

Mr. Mansaray also disclosed that the launch of the new site would benefit the people of Yagoi with Orange Money services.

The CEO expressed the commitment of the company to pump in more resources and manpower to be able to efficiently serve the people of Yagoi with the much needed services.

He appealed to the people of Yagoi to protect the newly launched commercial site which he described as the property of the people of Yagoi and expressed his deepest appreciation that the people had already started protecting the facility during the construction phase of the project.

Mr. Mansaray assured all and sundry that the establishment of the new site is just the start of the journey between the people of Yagoi and Orange Sierra Leone and that they will look into the possibility of having more sites in the area.

He called on teachers, pupils and others to use the services provided by the new facility such as data for browsing. The facility, according to Mr. Mansaray, will also provide easy access for the people of Yagoi to access financial services through the use of Orange Money.

He concluded by assuring the traditional leaders, youths and other stakeholders of Yagoi that they have taken into consideration of all the requests made by the people of Yagoi for the attention of Management.

He stated that this was a long term dream for the people of Imperi Chiefdom and used the opportunity to call on the Management team of Orange Sierra Leone to fix the huge network challenges in Gbangbanma, the chiefdom headquarter town of Imperi Chiefdom.

Counsellor Bashiru of Ward 325, Bonthe District Council thanked Orange Sierra Leone and expressed his appreciation on behalf of the Council.

He appealed to the Management of Orange Sierra Leone for support to the Yagoi community in building an extension for the only Roman Catholic Primary School at Yagoi which is overwhelmed in numbers as a result of the Free, Quality Education.

Other speakers also appealed to Orange Sierra Leone to support their efforts towards having the first Junior Primary School in the town. He said most of their children are going outside Yagoi to access schooling.

The colorful ceremony was interspersed by traditional dancing and singing from the youths and women of Yagoi in appreciation of the gesture by Orange Sierra Leone.

The climax of the ceremony was the cutting of the tape by the Orange CEO and the official launch of the new site at Yagoi. Libations were poured for goodwill and prosperity of the company in Sierra Leone.

Orange Sierra Leone has vowed at the start of 2019 that the company will build more 55 commercial sites to add to the already existing ones across the country. The launching of the Yagoi site is just one of the many the company has done in Bombali, Moyamba and other Districts in the country.

The establishment of the new sites across the country would not only provide voice and data services for residents but will also create huge opportunities for financial services for the unbanked population of Sierra Leoneans.

It cannot be overemphasized  that increased access to financial services is also a huge boost for the country’s Gross Domestic Product (GDP).