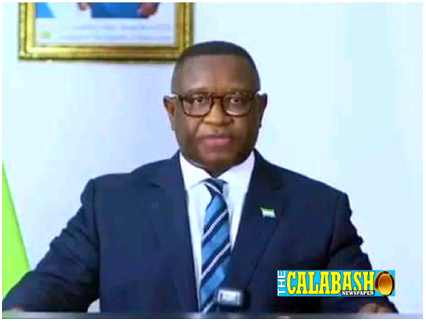 There were nationwide protests by the Trade and Labour union as well as students in 1977 over bad State governance and deteriorating socio-economic conditions in the country that further rapidly deteriorated after the country hosted the ill-advised 1980 OAU Summit.

The FBC Students’ riots and the ensuing RUF war of the 1990s that engulfed a country where the majority are poor and marginalized cannot be peaceful for long. From what was seen from the latest protests, shared economic prosperity holds the key to a peaceful society. What is economic prosperity and how does it relate to peace and security?

Economic prosperity refers to a country’s economic growth and how important that is distributed because a country can be economically prosperous with a vast majority of the population living in poverty.

Thus, shared economic prosperity is what determines the standard of living of a people and the level of peace and security they enjoy. Without economic prosperity, there cannot be the revenue to address many social issues and needs that are caused by inequality and falling living standards that failed conservative economic development policies have created in poor developing countries like Sierra Leone since the 1970s.

Thus, the dependence on foreign aid and loans continues because we simply, Government after Government, failed to realize that we lack the knowledge, institutions, infrastructure, and work ethic and culture to adopt these Western prescribed development models into our society. In which regard, many are of the opinion that to achieve shared economic prosperity, we have to first and foremost de-colonize our minds, adopt a “we can do” with available resources, and work conscientiously as a Government and people like the Chinese have done for the past fifty years to get to the level of economic development and shared prosperity that keeps their society peaceful.