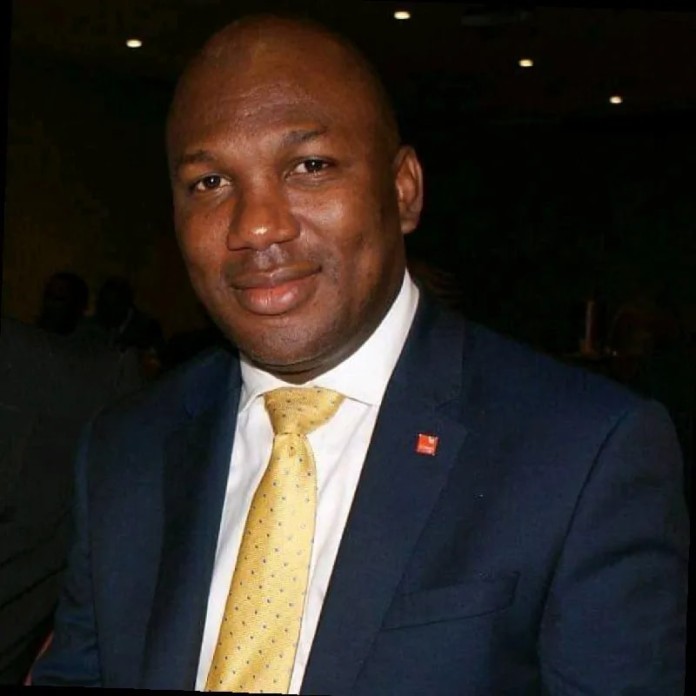 The embittered Managing Director of Sky Bank-SL, Ikubolaje Nicole,   was remanded in custody by Magistrate Marke Ngegba, who presides over Pademba Road Court No. 1 in Freetown, following allegations that he murdered his fiancée.

According to the Police, Ikubolaje Nicole, the defendant, planned Sinnah Kai Kargbo’s murder with unidentified individuals on several occasions between October 15 and October 16, 2022, at Leicester Village, Western Area, in Freetown.

The accused, Ikubolaje Nicole, is also accused by the Police of killing Sinnah Kai Kargbo on October 16, 2022, in Leicester Village, Western Area, in Freetown. According to the Police, on October 17, 2022, at the Criminal Investigations Department (CID) the accused manufactured evidence with the intention of tainting the court system.

After the charges were read to him and explained to him, the accused did not enter a plea because it was a felony. The prosecuting team was made up of the Director of Public Prosecution (DPP), Easmon N. B Ngagui, and six state attorneys, whilst the accused did not have legal representation in court.

However, the defendant revealed that Roland Wright will represent him.
Director of Public Prosecution, who also serves as Lead Prosecutor (DPP), Easmon N. B. Ngagui told the Bench that their witness was not present in court. He therefore requested for an adjournment date.

Magistrate Marke Ngegba remanded the accused and adjourned the matter to the 30th November 2022.