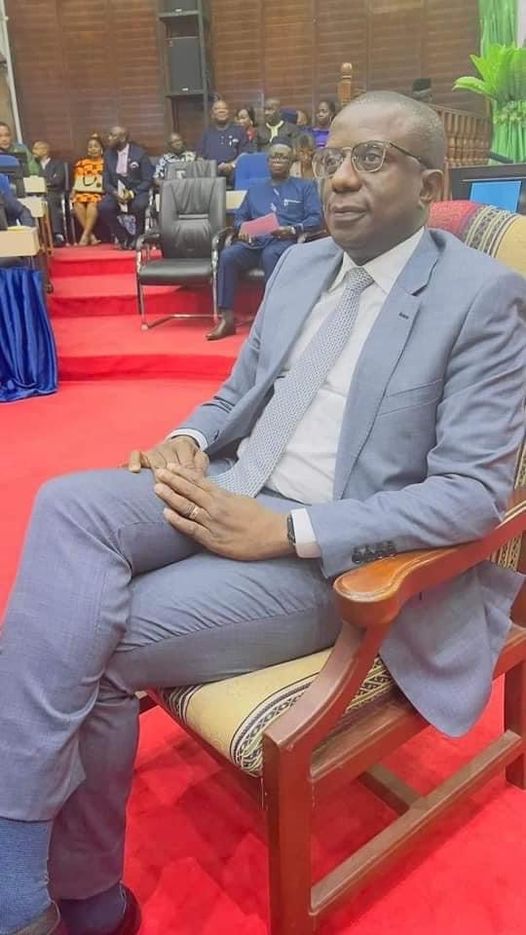 Umaro Napoleon Koroma, Deputy Attorney General and Minister of Justice, on Wednesday 23/11/2022 laid on the Table of the House two major Electoral Regulations for the purposes of next year’s General Elections.

Already, a Notice of Motion was given by Hon. Musa Fofanah of C4C for the Regulations so laid to be debated.

The said  Regulations will form part of the Laws of Sierra Leone after the expiration of 21 Days or until otherwise annulled by two-thirds of votes cast by Members of Parliament which is pursuant to Section 170 (7) of the 1991 Constitution of Sierra Leone which reads: “Any orders, rules or regulations made by any person or authority pursuant to a power conferred in that behalf by this Constitution or any other law: shall be laid before Parliament; shall be published in the Gazette on or before the day they are so laid before Parliament;
shall come into force at the expiration of a period of twenty-one days of being so laid unless Parliament, before the expiration of the said period of twenty-one days, annuls any such orders, rules or regulations by the votes of not less than two-thirds of the Members of Parliament”

In another development, the Parliament of Sierra Leone has on Tuesday 22/11/2022 enacted into law the bill entitled, “The National Security and Central Intelligence Act, 2002” with some amendments for the development and security of Sierra Leone.

The bill seeks to repeal and replace the National Security and Central Intelligence Act, 2002 (Act No.10 of 2002) to provide for the internal and external security of Sierra Leone and to provide for other related matters.

The bill had earlier been sailed through intensive debates and amendments and was passed into law.

The bill was piloted by the Chief Minister, Jacob Jusu Saffa. 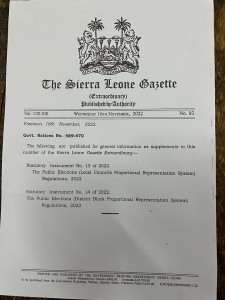