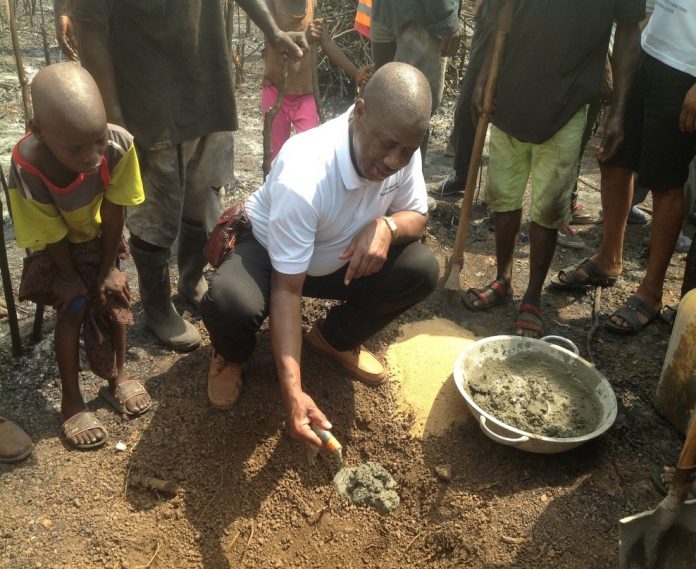 As a result of  the pioneering efforts of Professor Herbert Bob Kandeh, former Chairman, Moyamba District Council and now Pro-Chancellor for Njala University, according to Ambassador Matai, the selection of Taiama as the project site was appropriate based on its strategic location and especially so when most of the lethal road accidents take place along the Bo/ Freetown Highway.

Owing to Taiama being the cynosure of focus, the Emergency Hospital will after construction be of tremendous service for emergency cases in the South, East and North of the country he said.

Sponsored by the Medical Peace Foundation in South Korea, the Second Emergency Hospital which is to be constructed will be named in the memory and honour of Madam Yoko, one of the distinguished female legends of old and accordingly will be called the MADAM YOKO MEMORIAL TRAUMA CENTRE & HAN MEDICAL CENTRE.

Ambassador Kathos Jibao Matai on behalf of the Government of Sierra Leone showered profuse gratitude on the Government and citizens of South Korea for their financial support and disclosed that already the required amounts for the construction of the said emergency Hospital have been disbursed adding that with the availability of funds for the project, the whole exercise is expected to be completed In three months’ time from now.

Making a statement, Paramount Chief of Kori Chiefdom, PC Thomas Gbappy IV on behalf of the people of Kori Chiefdom expressed delight over the initiative adding that overtime, most emergency cases that require the urgent attention of doctors are rushed to Freetown some, he went on, normally die along the way. ‘’It is a respite for medical services in the provinces and I am happy that it will be built in my Chiefdom. In concert with landowning families, we have already given three acres of land in Mokaba Section, Miles off  Taiama Junction,’’ he said.

Retired Specialist Registrar in Emergency Medicine from the University Hospital Lewisham in London, Dr. Mohamed Koker said in addition to medical supplies and medical personnel from South Korea, the hospital will serve as a training and research centre and it will also be used to promote emergency medical care in the provinces.

The MADAM YOKO MEMORIAL TRAUMA CENTRE & HAN MEDICAL CENTRE will be constructed by the Estate Department of Njala University.

Clearing of the project site and turning of the sod by Ambassador, Kathos Jibao Matai climaxed the ceremony.