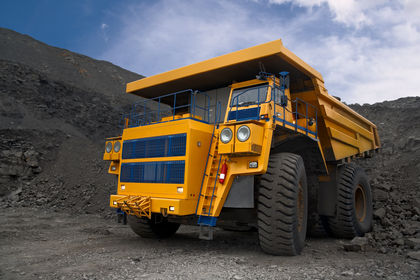 It is vital for policy-makers to monitor the effects of mining activities on development outcomes, an international financial institution advises.

Since they became independent, Africa’s mineral wealth instead of financing rapid socio-economic development for the benefit of its people has been a big curse.

The research, whose findings were released on Monday, shows that “mining activities significantly increase spatial inequality in Africa”, which is consistent with the standard “resource curse” literature.

Africa’s natural resources, particularly oil and diamonds, have been blamed for the many ills afflicting the continent, including poverty, corruption, dictatorship and war.

This is not surprising in a sector that is capital intensive and on a continent where the mining sector has attracted significant foreign direct investment in recent years, especially by the Chinese.

In a few exceptional cases, mineral resources have been a blessing. Botswana, Namibia and South Africa are among the rare examples of countries that have harnessed mineral wealth for the common good.

A new report by the German Institute of Global and Area Studies (GIGA) attempts to determine the social impacts of Chinese mining operations in Africa.

The study, which found both positives and negatives, once again highlights the need for African nation states to benefit more from their own natural resources. However, China has been earning a bad reputation for its operations in Africa’s extractive industries.

Some of the accusations include illegal mining in Ghana, corruption in Angola, Guinea and other countries, environmental degradation in Chad, and poor working conditions overall.

In general, what comes up in most mineral rich African countries is the problem of transparency and accountability.

Requirements needed to be met relate to corruption, transparency, and bribery, such as whether the mining title was acquired illegally or there was bribery involved.

Noticeably, there is currently no incentive mechanisms developed for either guideline. Without strong incentives, implementation of voluntary guidelines by companies tends to be poor.”

What more can be done by both Chinese and Western companies to increase benefits from mining for African nation states?

In the medium to longer term, single nation states should work to refine local content policies for exploration or production terms to require hiring of local companies for the procurement of goods and services.

This is a good way to encourage investment in capacity-building for knowledge transfer, technology transfer and local hiring.

Mixed ownership is also a concrete measure that could bring results.

It is known from studies that if an international company works with a local partner, the probability that there will be linkages to other economic sectors is much higher.

Local content policies and mixed ownership, however, are not fool-proof to corruption and bribery tactics and require good governance, regulation and transparency to work properly.

Above all, mining companies need to take it upon themselves to act responsibly.

Open on-going communication between communities and companies, matched with a commitment by companies to respond would reduce the risks they face, such as where complaints lead to local protests or reputational damage.

That is fundamental for communities and states to benefit from mining, as happens in Canada, USA and Australia.

Companies, Western, Chinese or otherwise, should put a higher emphasis on corporate social responsibility, transparency and accountability to win contracts, for reputational as well as longevity sakes.

As former Secretary-General of the United Nations, Kofi Annan, said in 2013: “Mutually beneficial agreements are the only ones that will stand the test of time. We all stand to win from an Africa that is truly prosperous, stable and fair.”