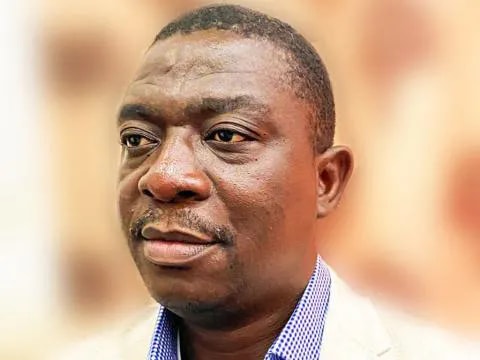 The writing is clearly on the wall that in contemporary Sierra Leone, telecommunications companies are indeed going through very trying and disturbing times as their operations are seriously affected by high costs due to the high inflation that is rocking the country’s economy.

As the situation currently stands, these GSM Companies are presently expending so much resources in their efforts to offer qualitative telecommunications services but lamentably are not deriving the expected returns from the huge investments they are making.

It is very understandable that the prices of basic commodities and services are determined by a variety of reasons but most importantly the amount of capital expended on a particular business enterprise will to a large extent determine the ultimate prices meaning that the higher the costs of production then expectedly the higher will be the cost of the finished goods and services.

When situations like such emerge it is expected that investors will obviously increase the prices of their finished goods and services just to ensure that they realize some amount of profits instead of running at losses.

Based on the huge costs that they incur to offer telecommunications services to subscribers GSM Companies have attempted to increase the tariff or data prices with the aim of offsetting the huge capital they are expending just to maximize profits.

As could be the case with any business venture, such a move by the telecommunications companies was seen as a step in the right direction. However, for an impoverished  population that has been battered by difficult economic situations, where accessing bread and butter has been  a herculean task, just like finding a needle on the beach, an increase in tariff or data prices was seen as an additional burden provoking a large hue and cry from the populace.

Fearing of losing face, becoming unpopular vis-à-vis an electioneering period, the current SLPP ruling Government reacted swiftly to the attempted price and tariff increase by ordering that the telecommunications companies revert to the old prices until proper consultations are done and a way forward charted out.

Regrettably, since the regulatory institution, NATCOM issued a Press Release to that effect saying that they will look into the issue and map out the way forward, the situation has been left to float in limbo with no end in sight.

As the situation now stands, there seems to be no end in the increase in Foreign Exchange rate against the Leones. The present day value of the UD Dollar is at Le. 18,000 (Old Leones) to $1.  This record an increase of 148% since the last GSM tariff adjustment was done in 2017 when the exchange rate was Le. 7,258 (Old Leones) to $1. Obviously, with these new increases, telecommunications companies are forced to make adjustments in data prices just to ensure that they are not losing.

As if to add salt to injury, the cost of Electricity Tariff has also gone up. Even electricity tariff which is a similar utility service and a cost driver for telecommunication services has witnessed a significant increase of 78% from Le. 1,890 (old Leones) to Le. 3,364 (New Leones) as at July, 2022.

Presently, the use of the internet has become very trending as many are using it for various purposes, other than, to conduct academic research. Since Zoodlabs took over the control of the internet from SALCAB the connectivity cost has increased. It is worthy of note that at the beginning of 2022, the cost of 1 Gbps data from Zoodlabs was Le 156 Million (Old Leones). Today, it is Le234 Million per Gbps recording 53% increase in the direct cost of the internet.

For now it has been indicated that very soon these telecommunications companies will have to lay off some of its employees if the situation remains the same because it will not make sense for them to continue to retain them while making losses.

It is also speculated that these telecommunications companies may likely cut down on the number of projects that they would like to implement through the rolling out of their Corporate Social Responsibilities.

It is expected that for the situation not to degenerate into an impasse it is but very significant for the relevant stakeholders to sit around the table with GSM Operators and try to iron out things before it results into a very unfortunate situation.