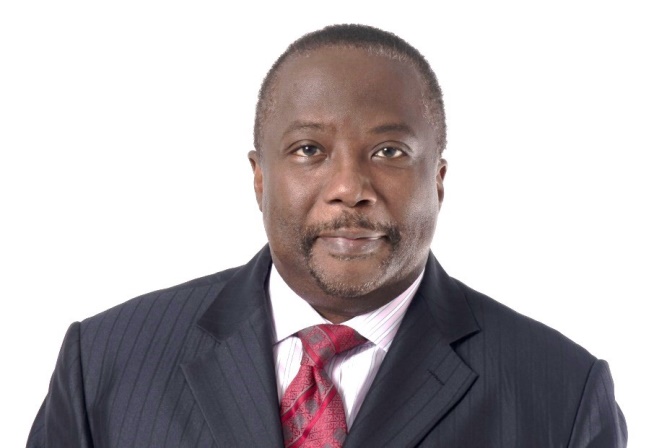 Ambassador Omrie Golley needed all his skills as a British trained Barrister and a committed peace activist, to navigate the heady waters of the renewed peace process that followed the dark days of January 1999, right up until the signing of the Lome Peace Accord in July 1999.

He had accepted the request to act as a legal adviser and spokesman of the RUF, knowing fully well that the Movement had a particularly brutal and negative reputation in the eyes of his fellow countrymen, and the world at large. He had to get to know the military commanders and civilians of the RUF organization, all with their own different personalities, phobias, and idiosyncracies, which did not always complement each other.

He also needed to gain the trust of the RUF Organisation, as well as to steer the sometimes very difficult position, of articulating their position, and advising them of, and on, the wider picture of Sierra Leone at peace, which was his crystal clear and unequivocal objective. Within the RUF itself, there were those who eyed Ambassador Golley with suspicion, and who did not readily welcome a stranger or outsider within their midst, and those who were very appreciative of having someone of note, who would propagate their position, and also assist them hatch a Peace Agreement for the benefit of all.

Within the wider International Community in the sub-region and the World at large, many saw in Ambassador Golley, someone who could act as an acceptable interlocutor of an organization that they needed to deal with, if there was to be any chance of peace at all.

Preparations for the Lome Peace talks were detailed, difficult, and time consuming. Ambassador Golley was tasked, first and foremost, with soliciting and acquiring the support of the main international players of the peace process, including the United Nations (UN), the Economic Community of West African States (ECOWAS ), the Mano River Union (MRU), together with the Governments of the United States, the United Kingdom, and Heads of State, including the Presidents of the Federal Republic of Nigeria, Togo, Liberia, Ivory Coast, Ghana, and Mali.

Ambassador Golley undertook travelling engagements to most of those countries, to confer with their leaders, from the standpoint of representing the RUF, and to underscore their commitment to the peace process.

In these tasks, Ambassador Golley was supported by the invaluable efforts of International Alert, the renowned peace building and conflict resolution institution, through one of their main executives, Dr Addai Sebo, a Ghanaian Pan Africanist, who had been instrumental in securing the whereabouts of the RUF at the earlier stages of the conflict, and had infact facilitated the initial contacts between Ambassador Golley, and his earlier organization, the National Convention for Reconstruction and Development (NCRD) with the RUF body.

Meanwhile, Ambassador Golley also met with the Special Envoy of the Commonwealth Secretary General, Dr Moses Anafu, in Abidjan, during this period.

During subsequent trips to the sub region in March 1999, the RUF Legal Representative and Spokesman engaged sub-regional leaders in advocating a rapid commencement of peace talks between the Government of Sierra Leone and the RUF.

However before peace talks could commence, three issues had to be properly looked into an addressed. This included actioning the release of the RUF Leader, Corporal Foday Sankoh, who had been lingering in detention in Freetown on treason charges, to lead his movement in any subsequent peace conference, also to agree upon a location for the commencement of peace talks , and finally to assist the RUF, with deciding upon the composition of their delegates,  that would participate in these envisaged peace talks.

Indeed Ambassador Golley, representing the RUF then, as their Legal Representative and Spokesperson publicly admonished the Kabbah Government to free Foday Sankoh so that he could, as a free person attend the consultation meeting with his commanders and representatives, in advance of proposed peace talks. The stance of the Kabbah Government subsequently changed, to allowing Sankoh to meet his Movement only on the proviso, or condition, that he returned to Freetown after this consultation, to continue with his appeal against the treason and related charges meted out against him, which had kept him in prison in Freetown. The position of the Kabbah Government regarding the return of Sankoh to prison only changed after the signing of the Lome Peace Accord in July 1999.

There were also difficulties, in agreeing upon a suitable location for the consultation process between the RUF Movement in advance of the proposed peace talks between the RUF and the Government of Sierra Leone. Kabbah had proposed that the consultation process and subsequent peace talks, be held in a British naval war ship, the HMS Norfolk, which had been visiting Sierra Leone undertaking military exercises during this period.

The RUF leadership swiftly rejected this proposal, proposing in return, that the talks be held in either Libya, Liberia, Burkina Faso or Togo. Togo was subsequently agreed upon by both sides to the upcoming RUF consultation process and peace talks as the preferred location.

In February 1999, Ambassador Golley was requested by the RUF leadership to proceed to Buedu in Eastern Sierra Leone to meet with the entire RUF body for the very first time, for the main purpose of assisting in putting together the Delegation that was to travel out of Sierra Leone to Togo,  to attend the RUF consultation process,  with Corporal Foday Sankoh, and thereafter the substantive peace talks.

Meeting the RUF leadership as a body and inside Sierra Leone,  for the very first time, filled Ambassador Golley with trepidation and hope. He believed that his personal quest to bring peace to his motherland, was entering a decisive phase. He felt that this desire for peace and his recognition by both the RUF, the local population and the international community as a worthy interlocutor for the attainment of what he hoped would, on this occasion, be a lasting and sustainable peace,  was very real and that his role was a critical.

The trip to Buedu to meet with the RUF body in early March 1999,  for the very first time, was preceded by a visit to Liberia to meet with erstwhile President Charles Taylor, to brief him, and to seek his approval and support for the peace process emerging, as Golley had done with other sub regional leaders at the time.

Meeting with Charles Taylor was also important, because travelling through Liberia into Sierra Leone, offered Ambassador Golley a more safer and secure route to meet with the RUF body in Buedu a small town in eastern Sierra Leone, on the Liberia-Sierra Leone border.

Furthermore, Ambassador Golley found Charles Taylor supportive of the ongoing peace process generally, and he Taylor, also provided Golley with adequate security, as well as encourage officials from the United Nations, stationed in Liberia, together with officials of the United States Government and ECOWAS, who accompanied  Golley to the Liberia-Sierra Leone border for his meeting with the RUF. On the 11th March 1999, Taylor was later to provide Ambassador Golley with an aircraft, to convey him to Lome, to engage with Togo’s former President Eyadema in advance of the RUF consultation talks.

The meeting between Ambassador Golley and the RUF body of officials, which was the very first time that Ambassador Golley met Sam Bockarie alias Mosquito, in person, was short, but very successful in achieving the purpose for which it had been arranged. The delegates chosen to represent the RUF were agreed upon swiftly, and he left for Monrovia at the conclusion of that meeting to continue with preparations for Lome.