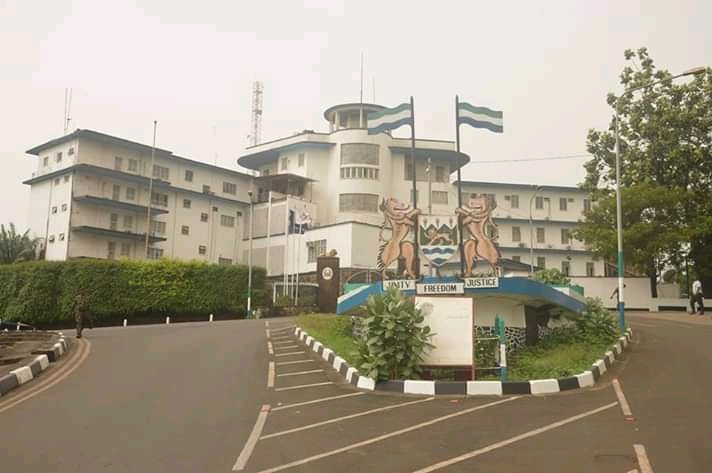 Almost 18 months or thereabout in State House, the question that keeps occupying the minds of many Sierra Leoneans is; who are the front-liners in President Bio’s State House?

Are they made in Sierra Leone and manufactured in the West?
Do they have the local knowledge?

Are they rounded or matured politicians or technocrats, can they make decisions for generations yet unborn? Are they dedicated to a common goal?

Do they actually know the political history of Sierra Leone?

The presidency in most of its critical role is reactive and therefore, having the right think- tankers in the corridors of State House  is fundamental to a successful tenure. That brings to mind Michael Wolff’s bestseller “Fire and Fury – inside the Trump White House”. The inside workings of the Presidency is as important as the make-up of his inner circle.

From the office of the gate keeper (Secretary to the President) to State Protocol, from the Office of the Vice President to the Chief Minister, from the Office of the First Lady to the Presidential Advisers, from Presidential Aides including the Media Team to the security architecture there should be an established command process and enforced organizational hierarchy – directing decision funnel to the Commander- in- Chief. In the absence of these structures, the Presidency lacks the necessary political and governance machinery/experience to handle the everyday inter-play of state power and demand for decision – making.

This reminds me of a recent Radio interview on FM 98.1 by the Ombudsman of Sierra Leone – who was literally begging to have frequent audience with the President. Besides the Ombudsman who went public, it is shocking to note that some Ministers and even some top government officials heading accountability and transparency institutions are having difficulties to see the President.

For instance, the Auditor General, the Managing Director of SALCAB, the Anti-Corruption Czar, the DG NATCOM, the Chief of Procurement, the Director of Financial Intelligence Unit and of course the Ombudsman should not be given even 24 hours’ notice to see the President. The Leadership of Parliament including even the Opposition Leaders shouldn’t have difficulties to see the President in good fate. In like fashion, the President should re-organize his diary and look beyond the everyday faces he sees in the presidential entourage.

Mr President, there are some office holders you need to frequently call for breakfast, lunch or dinner. They might not be part of your inner circle but they need your attention and your sense of direction. Sometimes, have a weekend out with them around the countryside. Take them to visit your farm, remind them about your plans and commitment to the people of Sierra Leone. Hear from them and encourage them to be frank with you in that state of nature where the pageantry of state power is diluted.

What is clear after almost 18 months or thereabout inside Bio’s State House is that some frontline actors or gate keepers do not want the President to grant virtual carte blanche to some equally important office holders in governance. The failure on the part of the inner circle to understand that the corridors of the President should be receptive to the duty bearers of State power is worrying and that this omission or commission from them would lead to  “executive paralysis”, a symptom that is already here with us.

While the 18 months of President Bio has seen steady investment in human capital development, improvement in domestic revenue mobilization, sustained fight against corruption and disciplined public financial management – public feeling is sending a message and this message is loud and clear – bread and butter.

The Presidency has to open up to new ways of doing things and a new thinking of embracing those outside the inner circle to meaningfully contribute to the governance process. The inner circle or the frontline commandoes in State House should be a point of calm in the storm but in the absence of such cooling point in 18 months, 24 months in Bio’s presidency will be too little too late to cure the paralysis.