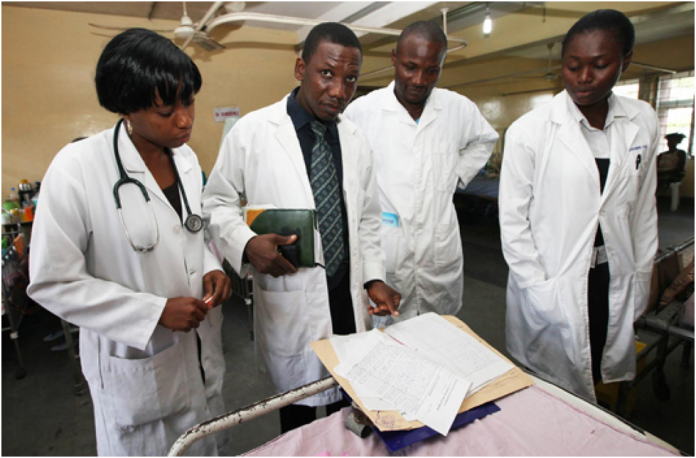 In a Press Release, dated 3rd August, 2022,The Sick Pikin Project in partnership with Caritas Freetown stated that The Sick Pikin Project International observes keenly the ongoing strike action of the Sierra Leone Medical and Dental Council furthering how, on behalf of their beneficiaries, wishes to appeal to the respective authorities for urgent action to be taken to resolve the matter.

It was also added that they are cognizant of the fact that even in normal times, many struggle to access quality healthcare and such difficulty becomes compounded when healthcare givers, especially medical doctors, embark on a strike action.

Further stated was that given the above, The Sick Pikin Project International is therefore appealing to the Government of Sierra Leone to look at the demands of the doctors in a bid to meeting the healthcare delivery needs of patients especially children that have the potential to suffer the most from the current situation.

It was revealed that The Sick Pikin Project International currently has over 11 children in different hospitals that are in need of the services of medical doctors, with some in need of urgent surgeries stating how it is critical to note is that funds have been raised to meet their surgery costs but which cannot be undertaken now as a result of the ongoing strike action.

Underscored was that conversely, while the Project recognizes the challenges faced by doctors, it is also equally pleading with them to soften their request, provide a platform for further discussions with the Government and accommodate negotiations which eventually will lead to lives being saved by returning to work.
About Sick Pikin Project International: The Foundation was founded in 2018 to help poor sick children who are in dire need of critical medical care.