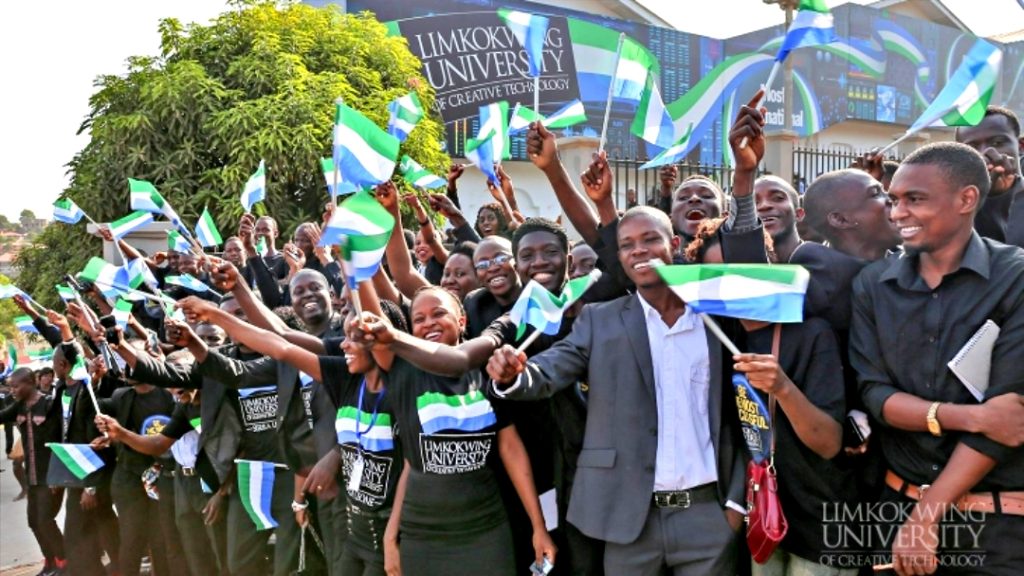 In our avowed quest as a nation for equal rights and justice for one and all; regardless of who you are, where you come from, as long as you are a citizen, the nation, especially His Excellency the President, the Minister of Higher and Technical Education, as well as the over 140 MPs cannot afford to turn blind eyes and give deaf ears to the sorrowful plight of 1,000 of our hapless youths that now suffer an indeterminate fate as they wonder, what next for God’s sake with their education.

For more than one academic year now, going into two, 1,000 Limkokwing University students are at home, idle, with little or nothing to do; whilst their age mates and years mates in other institutions of higher learning have already gone one step ahead of them on the academic ladder as the Government of Sierra Leone and the owners of Limkokwing University remain deadlock on what agreeable approach to take that would be mutually acceptable to both sides over the issue of the Government being obligated to pay annually $3,000 (about Le30 million) each for 1,000 students at different levels of learning at Limkokwing University.

The entire episode of the creation of Limkokwing is messy; with honestly, both the Government of Sierra Leone through its late Minister of Education, Dr Minkaliu Bah, woefully failing to get formal Parliamentary approval that would have guaranteed a signed and sealed deal to establish the University, taking critically into consideration, the reasonableness of a fee that is ten times averagely what Government pays for Limkokwing counterparts in other institutions of higher learning.

Secondly…we are treading cautiously on very temperamental ground at this stage…All over the world, people who choose to send their children to private institutions for learning must be of the understanding that Government is not duty bound to pay fees for students who attend such learning institutions. If, for example, in the UK, you choose for your child to attend an expensive private college and university that charge ten times the fees public funded institutions charge, then that is your piece of cake.

However, that said, with His Excellency the President having said that this and the next generation of young Sierra Leoneans being educated the biggest push towards achieving middle level income status in the years to come, something humane must be done by both GoSL and the Limkokwing owners to salvage the hopeless situation of those 1, 000 youths who now daily suffer from stress and headache due to the uncertainty of their future.