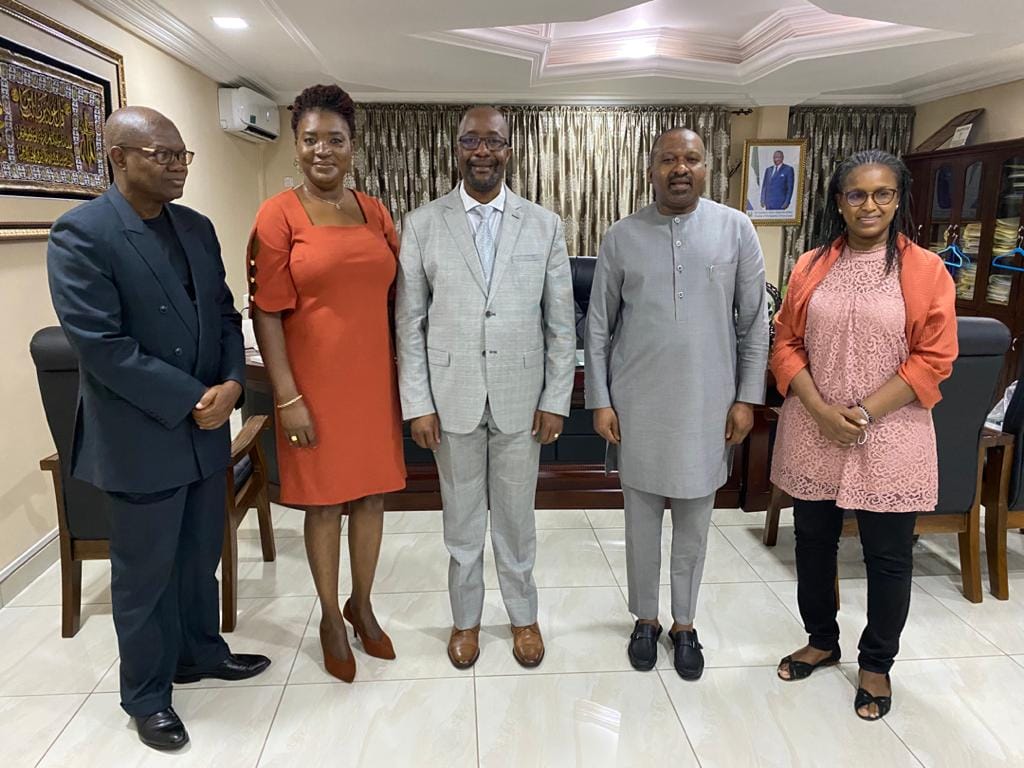 He made that statement at an official visit made to him by the EXPERTISE FRANCE team led by the Honorable Minister of Information and Communications, Mr. Mohamed Rahman Swaray, at his OAU Drive Office in Freetown on the 5th November 2020.

Sierra Leone has been selected amongst many other member countries to establish a National CSIRT under an EU /ECOWAS funded project, on how to strengthen Cyber security in the ECOWAS sub- region.

This came in as a result of the Minister of Information and Communications’ conference diplomacy to attract support from the ECOWAS Commission in the implementation of a critical pillar of our national digital transformation roadmap. Specifically, the OCWAR-C Project aims to improve the resilience of information infrastructure used within the ECOWAS region, and build the baseline capacities of member States to effectively fight against cybercrime.

The Project is designed by the ECOWAS Commission to enhance cybersecurity and fight against cybercrime in the ECOWAS region.

The Project is supported with funds from the 11th European Development Funds Regional Indicative Programme (EDF RIP) and ECOWAS.

Amongst the project’s general activities member States will benefit from, including Sierra Leone are; Establishing an intermediate level national Computer Security Incident Response Team (nCSIRT); This Support includes the deployment of the infrastructure, development of the processes and procedures of its administration and training of the CSIRT staff, strengthening Sierra Leone’s compliance with human rights and the principle of the rule of law by conducting compliance audit on central databases such as police, immigration, customs, health system, public administration, telecommunications operators, banks and other financial institutions;

Conducting a feasibility study on the establishment of a national Public Key Infrastructure (PKI) and strengthening the legal framework for the fight against cybercrime;

Addressing the visiting team the Honorable Vice President Dr. Mohamed Juldeh Jalloh said the Government has an appropriate infrastructure to house the nCSIRT, adding that he has instructed the national telecommunications operators to provide a floor to house the nCSIRT team.

He assured that Government will ensure nCSIRT fits into the overarching security architecture within the country.

He noted that in the past the security sector only relied on the physical security personnel to provide security services to protect our people, but because digital technology has emerged, the trend has changed to providing security in the cyber space.

He furthered that digitally, Sierra Leone is putting systems in place to ensure they provide security for the cyber space.

He assured the team that as a country we will not only provide digital space for our young population but also ensure they operate in a safe cyber space.

He said Sierra Leone has experts in Central Intelligence Unit – CIU and they will be capacitated and given the opportunity to build on their carrier as cyber experts in their various security entities.