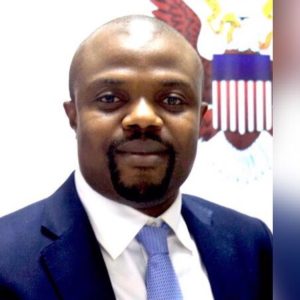 Inflation is one of the largest hidden tax increases a government can put on their citizens. Too much inflation hurts the public due to decreasing their buying power before the wage inflation catches up (it never does) and can send the entire economy into a long period recession leading to stagflation.

Inflation relates directly to rises in general price level of various goods and services in an economy, which very obviously does not make the political party in power popular with the people; especially those that did not vote for it.

Theft-by-Inflation constitutes the erosion of savings. Thus, inflation is frightening because it means your hard-earned money isn’t worth as much anymore over a period of time as prices rise.

High inflation can be damaging for the economy as it takes away much needed money from the poor and makes allocating the resources more difficult. Beside this, it also damages savers. Several measures can be adopted by the Central Bank to control inflation and unemployment. Measures include high growth in output leading to employment, macroeconomic regulations and wage limitation.

Other determinants may include high growth in overall demand, low labor costs, wage subsidies and flexible laws in the market to give freedom of free trading between the labor market and investors. Central banks can also use monetary policy in order to keep price and currency stability. They do it via setting the interest rates.

If the inflation is very high they will try to increase the interest rates so it will be harder to borrow money and more beneficial to save it. This will reduce the expenses and lower the inflation.

Another way to control inflation is for government not to remove subsidy on fuel and food. For example, it is very obvious that when government on the advice of the IMF removed subsidy on fuel, that is when domestic inflation started shorting up dramatically.

Retail prices are artificially high because of the effects of import tariffs. One policy option for the Government involves gradually lower import tariffs, perhaps as part of a wider trade agreement with other countries.

Lower tariff could have the effect of reducing import prices leading to an outward shift of short run aggregate supply. The costs of imported raw materials, component parts and finished consumer goods fall leading to a deflationary effect on the general price level.

A potential downside of this approach is that domestic firms would then face tougher price competition from overseas suppliers and there might be a contraction in home-based production, employment and investment. The government would also be giving up some tax revenues from import tariffs  which is a significant source of tax income. Reducing trade frictions can be an effective policy to bring down the rate of inflation although domestic businesses would need to increase their efficiency to be able to compete with cheaper goods and services from overseas.

Supply-side policies are measures designed to increase the competitiveness and efficiency of the economy, putting downward pressure on long-term costs and therefore helping to control inflation.

These policies include government tax relief for business investment and also State funding to fast-forward major infrastructure projects in sectors such as transport, energy and power supply, telecoms and health care. Ultimately, if supply-side policies prove successful, then more new firms will enter markets (increasing industry supply and driving down prices) and labour productivity will increase helping to control the unit costs of businesses so that fewer of them are under pressure to raise prices.

However, they are unlikely to have much effect on the rate of inflation in the short term. In this sense, monetary policy has a more important role to play in controlling price increases.

Monetary policy to be effective has to be accompanied by a policy of wage controls or wage freezes – bitter as this is for public sector workers.

Overall, monetary policy has the main job of keeping inflationary pressures in check during the economic cycle whereas supply-side policies have an important role to play in keeping costs and prices down over the longer-term.

It is important to note that there are limits to the effectiveness of policy when it comes to lowering the rate of inflation, as the annual rate of price increases in most countries is susceptible to external shocks such as volatility in global commodity prices, unexpected movements in the exchange rate and the changing global economic cycle.

As such, policy can influence prices but not necessarily determine them in the direct way that economics textbooks might imply.