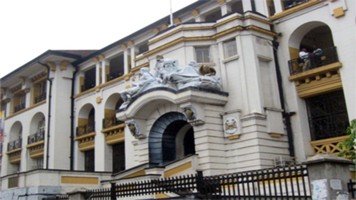 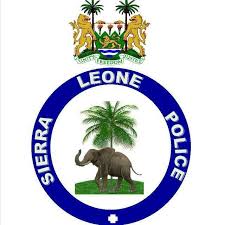 We should sympathize with our hard working judges and magistrates. They have a very tough job trying many cases that should have been settled by the police in police stations instead of wasting a lot of resources to bring minor cases of felony and civil infractions to court.

Resolving most issues of crime and violence is the responsibility of a sick and corrupt police investigation and prosecution system. Overworking magistrates and judges leave the door wide open to allegations of corruption against them as those with money seek to get justice through the back door.

To reduce over-crowding in our prisons which are mostly filled with remands prisoners that cannot secure bail, one wants to advocate more nuanced approaches to prosecution and arrests.

For example, the Office of the Director of Public Prosecution where it believes there is a genuine case to answer should not delay in serving indictments. Imagine a suspect being in remand for up to one year and more because he/she has no indictment. That surely is injustice, as justice delayed is justice denied.

Prosecutors don’t convict. Judicial officers do. The role of prosecutors is to present cases and even support an acquittal where the interests of justice would be served by doing so. Not to pursue a conviction at all costs.

Thus, in decongesting our prisons, we recommend that the police consider arrest and detention only when it is essential to do so as a way to free up magistrates and courts to finalize trials.

Obviously, there is the need for specially trained individuals to manage every part of the process, from investigating officers and prosecutors to judges and interpreters. Training these officials specifically on recurrent crimes will allow them to handle these cases with the expertise, sensitivity, professionalism and special competence they deserve.

The criminal justice system seems to deal only with the symptoms or offshoots of what really lies at the heart of a deeply troubled society. Many times, by the time police and courts take on these cases, society has already failed their victims.

On the issue of gender based violence, whose perpetrators correctional center officials now say top the list of life in prison convicts, imposing firm sentences does not seem to be a major deterrent. There are a suite of measures designed to improve the judicial system’s handling of such cases. These include massive public awareness campaign to discourage committing of it.

The stress on judicial officers from hearing traumatizing cases like rape, murder, difficult divorce matters by aggrieved litigants requires the introduction of a judicial wellness or stress-management program.

When it comes to the composition of the bench, there are still too few female magistrates and judges, particularly at senior levels in the higher courts.

There is also the need to introduce Labour and Land Claims courts.

Court premises need urgent repairs. Some of them do not even have toilets and rest rooms for officials and the public.

There is also the crying need for digital upgrading of the judicial system.  Smart-phones and iPads would then be the tools we use to check on the performance of any of our courts anytime.