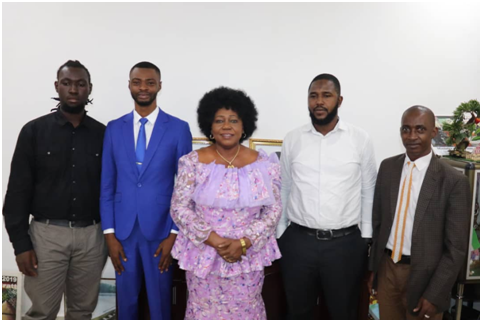 The Minister of Tourism and Cultural Affairs, Dr. Memunatu Pratt met with the Union of European Experts Chambers (UCEE) at her Kingharman Road Office in Freetown to notify the Ministry of a funding opportunity in the area of cultural heritage.

The Union of European Experts Chambers (UCEE) is a diplomatic organization and a body of the European Union (EU) that lobbies for fund for developing countries to execute their programmes. Their aim is to ensure that the Government’s agenda is accomplished taking into consideration development, good governance and the promotion of cultural heritage.

The Project Director of UCEE, Carlos Richard Sankoh, explained that their existence in Sierra Leone is symbolic and signifies the values other countries have for Sierra Leone. He said their key focus is development and good governance of which cultural heritage is key. He said they will be having the African Continental Trade Area Conference in Brussels which he expects the Tourism and Cultural sector to participate in and compete with other countries in the promotion of trade fairs and cultural heritage. He disclosed that there is funding opportunity for the development of cultural heritage in Sierra Leone and called for partnership between the Ministry and UCEE in harnessing the opportunity.

On her part, Dr. Memunatu Pratt welcomed the experts to the ‘home of hospitality’ saying that she was impressed by the organization’s call for partnership with the Ministry. She recognized the support of the European Union to the country’s development and highlighted that the tourism discourse cannot be sustained without talking about investment, cultural heritage promotion, job creation, climate change and the global crisis which she said have impact on tourism and culture.

She welcomed the invitation to participate in the African Continental Trade Conference and assured that the partnership with UCEE will be fruitful, adding that the funding opportunity for the Ministry is good. The Minister concluded that there are lot of tourism and cultural projects including a national memorial museum and art gallery that are awaiting funding. 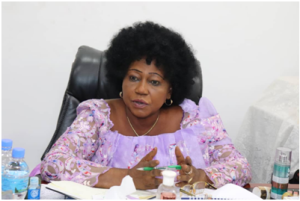