Handing over the project site, the Minister of Transport and Aviation, Kabineh Kallon, expressed appreciation to all the line Ministries, particularly, the Ministry of Finance for their support in making this project a success. He disclosed that the project encompasses road improvement works including traffic signalization, intersection and pedestrian walkway improvements in the country,

He noted that as a Ministry they took the challenge that they will ensure that the project is accomplished and that even before the implementation of the project they have already won the Vice President of World Bank Award.

Kabineh Kallon underscored that awarding the contract to PAVIFORT AL-Ayhanlar Holdings JV, a Sierra Leonean company, is in sync with President Bio’s vision of promoting local content in the country.

Minister of Finance, Jacob Jusu Saffa, disclosed that the Integrated and Resilient Urban Mobility Project (IRUMP) is a fifty million dollar World Bank project that was signed in July last year and will be implemented for a period of five years.

He said when they took over as a Government they inherited a 20 million Dollar loan from the World Bank to support the project but as a result of the prudent intervention of his Ministry they were able to have the World Bank convert it to a 50 Million Dollar grant.

The Minister assured that with the proper implementation of the project Freetown will be transformed in line with the agenda of the Freetown City Council, noting that the project will give a new face to the Freetown Municipality and the country as a whole.

He urged residents of Aberdeen and Lumley communities to embrace the project and also monitor the implementation of the project.

Mayor of Freetown Municipality, Her Worship Yvonne Aki-Sawyer, disclosed that governance is all about collaboration and as a Council they have been working towards achieving the “Transform Freetown” initiative, underscoring that they are working in line with other line Ministries in order to transform the Municipality of Freetown.

Aki-Sawyer called on residents of Aberdeen and Lumley to own the Project and support its implementation highlighting how it will benefit them at the end of the day. She assured all that with the support of everyone ‘Transform Freetown’ will become a reality.

Chairman and Chief Executive Officer of Pavi Fort AL-Ayhanlar Holdings JV-Sierra Leone, Alimou Barrie, expressed appreciation to Government in particular and the Minister of Transport and other stakeholders for awarding them the contract, noting that such is a success within the context of enhancing local content as theirs is an indigenous company.

He said the project duration is 18 months disclosing how as a company they are going to complete the project within the stipulated time in order to make the Ministry proud and not betray the confidence and trust reposed in them as an indigenous company.

This medium learnt that Pavi Fort will be implementing three phases of the project which include the road improvement works, construction of the Lumley New market, foot bridge  and the construction of a bye-pass road. 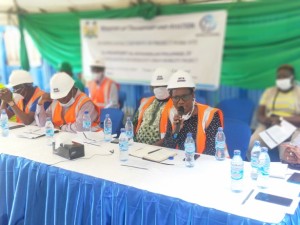 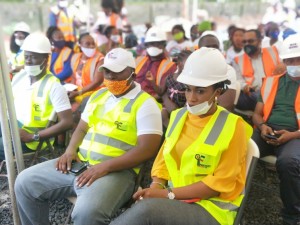 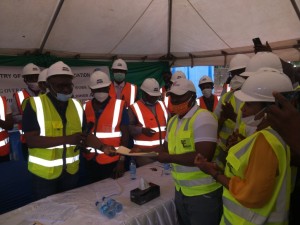 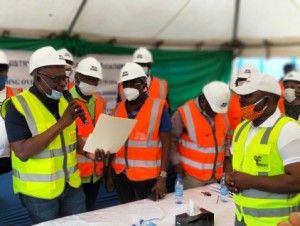