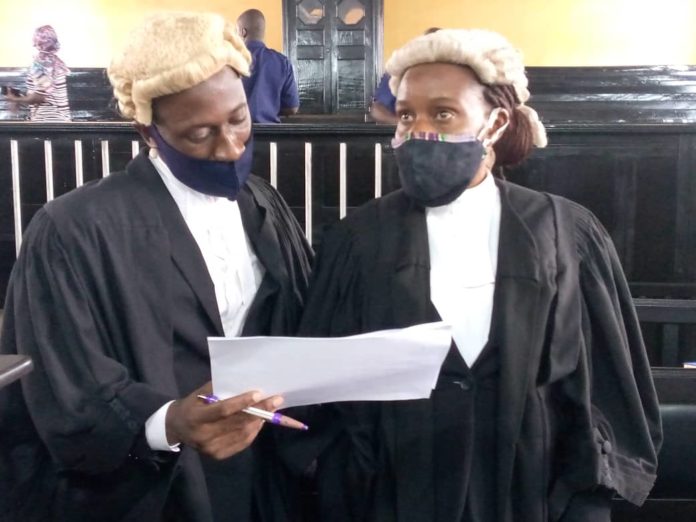 The United Nations Development Programme (UNDP) has provided funding to the Legal Aid Board geared towards strengthening the Board’s capacity to support access to justice for victims of Sexual and Gender Based Violence (SGBV) and as well provide primary justice services in three chiefdoms within the Moyamba district.

Being financially capacitated, the Board will ensure the timely and speedy investigation of Sexual and Gender Based Violence (SGBV) cases by the Family Support Unit (FSU) of the Sierra Leone Police.

In the implementation of the project the Legal Aid Board will also provide the following services:  mediation of civil matters and minor community level disputes, referral, community outreach and provision of basic information on criminal and civil matters.

Two volunteer Paralegals will be recruited from each of the three chiefdoms – Kori, Kamajeri and Bumpe- in the Moyamba District in the Southern Region.

It could be recalled that the first set of six UNDP-funded project Volunteer Paralegals was recruited from Kamara, Gbense and Soa Chiefdoms in Kono district in 2021.

In addition, the UNDP is also supporting the Board in training 250 Police Officers on the Bail and Sentencing Regulation and its administration. The training will target 50 Police Officers from each of the following five districts – Bonthe, Bombali, Karene, Koinadugu and Falaba.

The Board will also collaborate with the human rights organization based in Kenema, Humanist Watch (HUWASAL) to assist the Police in the identification and investigation of Sexual and Gender Based Violence (SGBV) cases in Kono and Kailahun Districts.

Prior to the deployment of Volunteer Paralegals in Moyamba under the new project, the UNDP had supported the Board in the Judicial Week from January 31 – February 4, 2022. Such empowered the Board to contract seven Lawyers from the Sierra Leone Bar Association to assist with providing representation to 870 accused persons.

The beneficiaries were part of 1,013 accused persons that were supposed to appear before 26 judges that presided over courts in cities and towns around the country. The 13 Legal Aid Counsels and the 7 contract lawyers secured the discharge of 234 accused persons from 870 accused persons that appeared before the 26 judges during the Judicial Week. The Board also secured bail for 374 others nationwide. The beneficiaries included a Guinean and a man who lost his speech and became disabled while on remand at the Pademba Road Correctional Center.