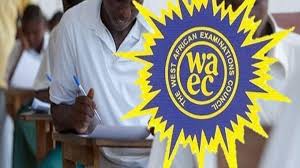 As examination malpractice has become the latest topical issue in the country with suggestions coming from different individuals as to how to squarely deal with this cankerworm on Thursday, Oct. 3, 2019,  officials of the Ministry of Basic and Senior Secondary Education (MBSSE) were alerted that certain individuals were re-taking the just-concluded private WASSCE examinations in someone’s home around the Agape Primary School in the Goderich Section of Freetown.

The Ministry’s WASSCE examination monitors, accompanied by police officers raided the reported home and arrested individuals who were retaking the exams. Police also seized completed answer sheets from the just-concluded private WASSCE examinations. The suspects and the examination papers were taken to Lumley Police Station for further investigation.

MBSSE officials led by the Deputy Minister, Mrs. Emily Kadiatu Gogra were accompanied by police to the headquarters of the West African Examinations Council (WAEC) for further investigation – precisely to compare the seized WAEC documents with those that are officially in the custody of WAEC; and to also ascertain as to how those examination documents left the WAEC headquarters. However, up to going to Press it was inconclusive.

In an effort to find a lasting solution to the endemic and nationally embarrassing problem of examination malpractices in Sierra Leone, the MBSSE has registered that it will stop at nothing to stringently monitor those exams, and bring academic crime rings to face the full penalty of the law.

The case is now in the hands of the Police and the entire WAEC is being investigated.