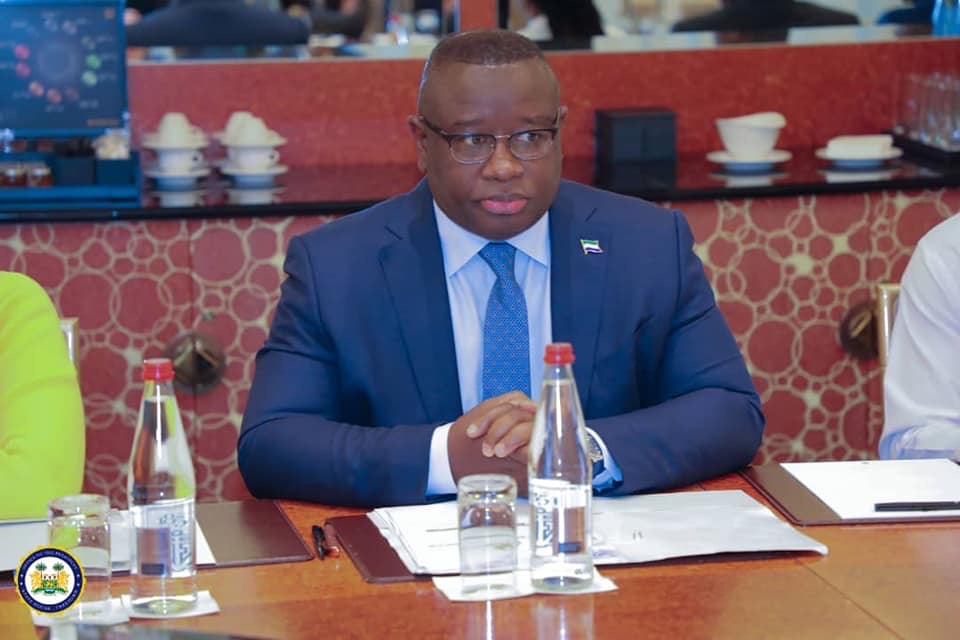 The Minister of Water Resources, PK Lansana after assessment of the information on water availability in the country remarked that it is critical, even though he said his Ministry has adopted short, medium and long term plans to address the problem which in many parts of the country, including the capital city, reaches high stress levels during the dry season.

The 2020 World Water Development Reports reveal that water use has increased six-fold over the past century and is rising by about one per cent a year.

Furthermore, the report highlights the fact that poor water management tends to exacerbate the impacts of climate change, not only on water resources but on society as a whole.

It is estimated that climate change, along with the increasing frequency and intensity of extreme events – storms, floods and droughts, will aggravate the situation in countries already currently experiencing ‘water stress’ and generate similar problems in areas that have not been severely affected.

This year’s World Water Day focuses on water and climate change that from all available evidence are linked to deforestation. To raise awareness, on the Day (Monday March 23rd), the United Nations launched a flagship report which says that reducing both the impacts and drivers of climate change will require major shifts in the way we use and reuse the Earth’s limited water resources.

It is noted that various water and climate change initiatives can bring co-benefits such as job creation, improved public health, poverty reduction, promotion of gender equality and improved livelihoods, further enhancing their attractiveness to donors.

This will be a considerable challenge: ­2.2 billion people currently do not have access to safely managed drinking water, and 4.2 billion, or 55 per cent of the world’s population, are without safely managed sanitation.

Thus, the new global report calls for, among others, concrete efforts to address rising water stress and improve the efficiency of water use in agriculture and industry, and it outlines actions in three areas: first, enabling people to adapt to the impacts of climate change; second, improving the resilience of livelihoods; and, third, reducing the drivers of climate change.

Tackling water (in)security and climate change, two of the most critical crises the world will continue facing over the next several decades, ­the 2020 UN World Water Development Report, compiled by the UN Educational, Scientific and Cultural Organization (UNESCO), in collaboration with UN-Water, provides decision-makers with knowledge and tools to craft sustainable water policies, and calls for scaling up investment to put them into practice.

In her message on the Day, UNESCO Chief Azoulay said that with four billion people worldwide are forced to contend with water scarcity. “Without sustainable access to water, we will be unable to achieve goals such as quality education or the development of more prosperous, fairer societies…Given the urgency of the situation, the coming decade needs to be one of action,” she declared.

The 2020 Report, she said, sets out concrete solutions for ensuring access to water for all: improved water resources management, the mitigation of water-related hazards, easier and more sustainable access to sanitation. “Given the urgency of the situation, the coming decade needs to be one of action,” she declared.

“We must urgently scale up investments in healthy watersheds and water infrastructure, with dramatic improvements in the efficiency of water use,” said UN Secretary General Mr. Guterres, adding that the world must anticipate and respond to climate risks at every level of water management.

Everyone, he said, has a role to play. By limiting global heating to 1.5 degrees Celsius, he said, “the world will be in a much better position to manage and solve the water crisis that we all face, which certainly means reforestation.

Action to save the planet and its water will only be useful if future generations were fully involved, including incorporating issues related to environmental education in school curricula on the understanding that climate change will affect the availability, quality and quantity of water needed for basic human needs, thus undermining enjoyment of the basic rights to safe drinking water and sanitation for billions of people.