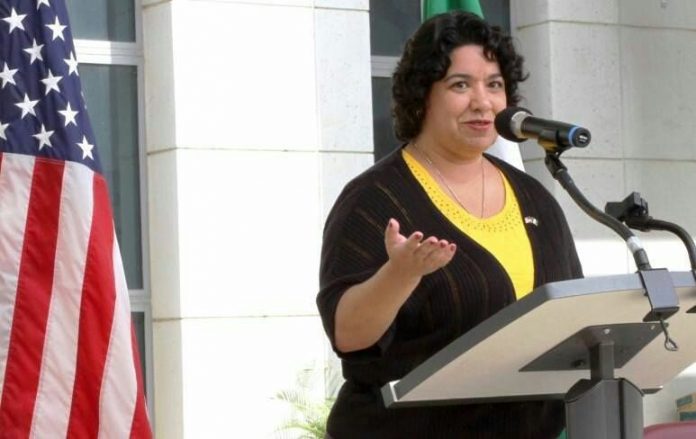 In this edition of the 2019 US Embassy Human Rights Report featuring Sierra Leone, our focus is on Arbitrary Arrest or Detention, Arrest Procedures and Treatment of Detainees, Denial of Fair Trial and Trial Procedures. Here is what the Report says:

‘’The constitution and law prohibit arbitrary arrest and detention, but human rights groups such as Amnesty International and the HRCSL indicated that Police occasionally arrested and detained persons arbitrarily, including members of an opposition party. The Government allows both the SLP and Chiefdom Police to hold suspects in Police detention cells without charge or explanation for up to three days for suspected misdemeanors and up to 10 days for suspected felonies. The NGO Campaign for Human Rights and Development International (CHRDI) reported cases of illegal detentions at several Police Stations and a correctional center. Chiefs sometimes subjected both adults and children to arbitrary detention and imprisoned them unlawfully in their homes or “chiefdom jails.”

The law requires warrants for searches and arrests of persons taken into custody on criminal grounds, but arrests without warrants were common. The CHRDI and Citizens’ Advocacy Network reported most arrests were made without warrants and that the SLP rarely followed proper arrest procedures.

The law requires authorities to inform detainees of the reason for their arrest within 24 hours and charge them in court within 72 hours for suspected misdemeanors or within 10 days for suspected felonies. Detainees, however, were not always informed promptly of charges brought against them. According to NGOs and inmates, authorities routinely brought remanded inmates to court on a weekly basis to be remanded again to circumvent the legal restrictions.

Despite having been trained on how to apply bail regulations codified in 2018, the Judiciary applied the system inconsistently and sometimes demanded excessive bond fees.

Detainees have the right to access family members and to consult with an Attorney in a timely manner. Lawyers generally were allowed unrestricted access to detainees, but according to the Director of Public Prosecution and the Office of the Legal Aid Board, an estimated 60 percent of inmates received legal representation, although the Center for Accountability and Rule of Law reported 25 percent of accused persons receive legal representation. Only defendants in the military justice system had automatic access to Attorneys, whose fees the Ministry of Defence paid. Although there were 15 State Counsels (Attorneys), the majority worked in the capital and were often overburdened, poorly paid, and available only for more serious criminal cases.

With the exception of the Regional Police Division in Kenema, Police cells generally lack holding areas for juveniles, and as a result, authorities often handcuffed them to windows in police stations.

Arbitrary Arrest: There were reports of individuals held for questioning for longer than permissible under law.

In August Police arrested several prominent opposition APC members on allegations of rioting during an election campaign. They were held longer than the maximum 72 hours without charge but were eventually released on bail.

On August 24, the SLP arrested one voter and one credentialed party agent inside a polling center during an election, later releasing them without charge. In September the SLP reportedly arrested three APC members during a parliamentary by-election in Falaba.

Pre-trial Detention: Lengthy pre-trial detention remained a problem. As of September, 46 percent of the 4,652 persons held in prisons and detention centers had been convicted, 26 percent were on remand, and 28 percent were on trial. The SLCS attributed the high percentage of pre-trial detainees to a severe shortage of legal professionals. Pre-trial and remand detainees spent an average of three to five years in pre-trial detention before courts examined their cases or filed formal charges. In extreme cases the wait could be as long as 12 years.

The constitution and law provide for an Independent Judiciary, but independent observers alleged the Judiciary was not always independent and often acted under the influence of the Government and a network of traditional secret societies, particularly in corruption-related cases.

In addition to the formal court system, local chieftaincy courts administer customary law with lay judges, primarily in rural areas. Appeals from these lower courts are heard by the superior courts. Paramount chiefs in villages maintained their own Police and courts to enforce customary local law. Chieftaincy Police and courts exercised authority to arrest, try, and incarcerate individuals. Traditional trials were generally fair, but there was credible evidence that corruption influenced many cases. Paramount Chiefs acting as judges routinely accepted bribes and favored wealthier defendants. In response the Government sent 36 paralegals to rural areas to provide access to justice and training for chiefdom officials.

The limited number of judicial magistrates and lawyers, along with high court fees, restricted access to justice for most citizens.

The military justice system has a different appeals process. For summary hearings the defendant may appeal for the redress of a complaint, which proceeds to the next senior ranking officer, while the civilian Supreme Court hears appeals in a court-martial. According to Civil Society members and Government interlocutors, corruption is prevalent in the redress system.

Authorities at all levels of Government generally respected court orders.

The law provides for the right to a fair trial for all defendants, but this right was not always enforced.

Defendants enjoy the right to a timely trial, but the lack of judicial officers and facilities regularly resulted in long trial delays. Some cases reportedly were adjourned 40 to 60 times. Trials are public, but NGOs reported that due to corruption they were not always fair. Defendants generally enjoyed a presumption of innocence. While defendants have the right to be present and to consult with an Attorney in a timely manner, many were not afforded access to Counsel. Although the law provides for Attorneys at public expense if defendants are not able to afford their own Attorneys, these Attorneys were overburdened with cases, and often defendants who could not afford to pay for an Attorney had no access to legal aid prior to trial.

Defendants were not always informed promptly and in detail of the charges against them and did not always have access to free assistance from an interpreter as necessary from the moment charged through all appeals. Defendants generally had adequate time to prepare their defenses, although they generally did not have adequate facilities to do so. Defendants may confront or question witnesses against them, and present witnesses and evidence on their own behalf. Police officers, many of whom had little or no formal legal training, prosecuted a majority of cases on the Magistrate level. Defendants have the right not to be compelled to testify or confess guilt. Although the law provides defendants with the right to appeal, delays in the appeals process were excessive, sometimes lasting more than two years. The law extends these rights to all defendants.

In October Parliament passed into law the Anti-Corruption Amendment Act, which strengthened protection for witnesses and whistle-blowers in cases of corruption.

Traditional justice systems continued to supplement the central Government judiciary, especially in rural areas, in cases involving family law, inheritance, and land tenure. The customary law guiding these courts was not codified, however, and decisions in similar cases were inconsistent. Paramount Chiefs have authority over civil matters, such as land disputes, and referred criminal cases to Police for investigation and prosecution. Local chieftains at times exceeded their mandates and administered harsh punishments.

Laws on gender equality were inconsistently enforced, and many traditional courts continued to ignore the rights of women regarding family law and inheritance. Juveniles were afforded few rights in the traditional justice system.”