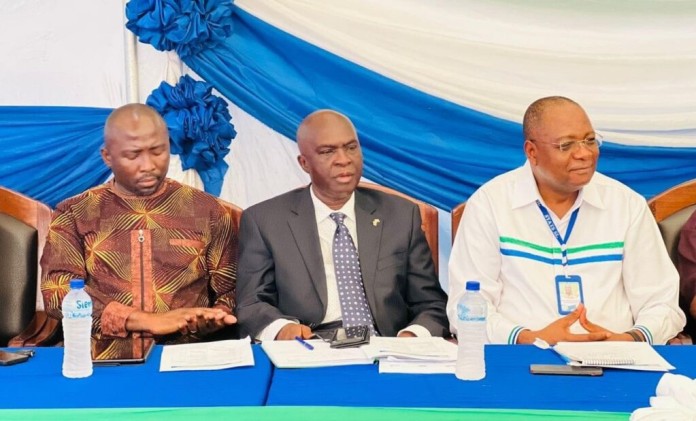 The main objective of a National Population and Housing Census is to collect, process and disseminate detailed statistics on population, its composition, characteristics, spatial distribution and organization (families and households) in small areas and small population groups.

Importantly, the census ensures that each community gets the right number of representatives in Government. Because representation is based on population, an up-to-date tally is essential.

It also helps to determine the human capital available and the number of unemployed. This in turn helps in the formulation of policies to meet the country’s needs. This Commentary is on the problems and challenges facing the successful counting of the population in the country and solutions to these problems.

Mainly, political issues have hindered the successful conduction of census in Sierra Leone. Thus, the reliability of the information regarding the high population of certain parts of the country and lower in other parts marred the credibility of the 2015 and 2021 censuses. Many believe that the results for these two censuses are false.

Many believe that the demographic information of the country was falsified and the actual figures were overestimated in the published reports.

Many have also condemned Statistics Sierra Leone for dishonest work and fraudulent activities during the census.

It was said that there were communities, towns and villages that no officials visited and numbers were made up, recorded and published.

Regions that have a high population get more funds and allocations from the central Government.  This is one major reason why many believe population records are falsified.

Cost of the Census

Carrying out a population census is quite an expensive venture. Many developing countries like Sierra Leone cannot afford the equipment and procedures in order to conduct an efficient population census. Modern geographic information techniques such as remote sensing, aerial photographs, Geographical Positioning System GPS, digital cartography and computer based Geographic Information System (GIS) equipments are needed to facilitate rapid input, management and analysis of data for the successful conduct of population censuses.

Stats SL also need to design and adopt new and modern techniques such as biometric in conducting censuses in the future. This will ensure that the data are accurate and can be verified by modern equipment and not based on word of mouth.

In Sierra Leone, plans are not properly made in preparation of the population census. There needs to be early and adequate training of staff of the institution on issues such as the collection of data and use of instruments.

The high level of illiteracy and ignorance in Sierra Leone also pose challenges to the successful conduct of population censuses. People have different beliefs as regards population censuses. Some people avoid contact with officials while some act hostile to the officials because they believe getting counted is a taboo. Some believe that the Government conducts censuses in order to increase taxes.

Other misconceptions about census include that is a tool for ethnic dominance and to determine the economic status of people. This is the reason many give incorrect information which then leads to inaccurate data.

More than anything, it will be very difficult to conduct a successful census in Sierra Leone if the citizens are not cooperative.

In order to solve this problem, the Government needs to embark on re-orientation programs to help change the wrong perception and mindset of most Sierra Leoneans.

There is usually not enough sensitization and education of the masses. This is why the census is met with hostility and much ignorance.

Government should also adopt the effective use of media; both print and electronic media, social media and other means of communication to give adequate publicity and create awareness.

It is extremely important for the masses to have adequate information about the importance of the census exercise so they can be willing to participate.

Poor roads in many areas

Many areas of Sierra Leone have very poor infrastructural conditions such as bad state of roads and lack of good road network. This makes it difficult to conduct an effective population census.

Some areas are also very underdeveloped to the point that one cannot get there by means of a car. This discourages the population census officials from getting there. When all these faults persist, the records of such areas can hardly be reliable.