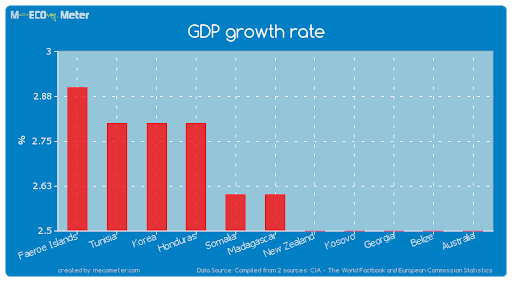 When we consider that the average per capital income in this country is still way below $1, 000 per head, it certainly means that even in comparison with countries such as Madagascar, Rwanda, Tanzania, Tunisia, Botswana and other countries that are at middle income or nearing middle income status, Sierra Leone still has a lot of catching up to do.

We still have an economy that heavily relies on small holder farming and alluvial mining of gold and diamond that does not enter into official revenue figures, whilst what the big mining companies earn is not correctly reported and verified – unlike for example Botswana where the benefits of the country’s mineral resources are seen everywhere in tangible infrastructural developments that benefit the people of Botswana.

How can Sierra Leone ensure sustainable long term economic growth at a time when global economic growth has slowed down and the public debt high while demographic changes and technological advances demand that we urgently reshape the economy for rapid growth?

This clearly means that, opportunities for a good education, employment and healthcare depend largely on the tax and spending choices Governments make as they respond to these evolving challenges.

Learning from the Chinese example that has in fifty years made them to be self-sufficient, the Government itself has to adopt an entrepreneurial mentality prodded on by agile leadership to grow the economy at, at least ten percent annually consistently over the next two decades to create pathways for shared prosperity and a sustainable future.

This is because current growth remains insufficient to make a dent on unemployment and poverty to which you add the nightmare of providing our growing population with good jobs and social protection.

What can be done to address these challenges? Three things which are: greater national, regional and international cooperation; policy injection and human capital development.

The need for greater national political and economic integration is ever urgent. In addition, by carefully calibrating growth-enhancing policies, the country’s private sector which is greatly undercapitalized can work together to change the country’s economic development narrative using the advantages of the Fourth Industrial Revolution; whilst at the political level, the political parties, civil society and the media can lay a solid foundation to promote peace and stability.

A healthy and educated working age population is the cornerstone of sustained and inclusive economic success. It lifts living standards and the dignity of people.

Putting emphasis on initiatives that foster lifelong learning and continuous upgrading of skills are also important for the continent to be a meaningful economic partner in the 4IR. For example, Singapore offers training grants to all adults throughout their working lives, and the Netherlands offers tax deductions for employee training.

In which vein, decision by African countries to form an EU like trade block by adopting a framework for Africa’s economic integration through the African Continental Free Trade Area (AfCFTA) the African Development Bank rightly points would lay the foundation for a viable continental market to accelerate growth and allow Africa to be more competitive in global trade and value chains. It would also allow industries to develop across borders, creating economies of scale for investors as they look at wider integrated markets.

This is a time to act boldly and swiftly to ensure we don’t confine our youth to the margins of economic activity. Given weak global growth prospects and significant downside risks, our economic policies will need to strike a balance between supporting growth and creating the fiscal space to respond to emergent economic challenges. This means executing on fiscal consolidation now to minimize the risk of unsustainable indebtedness.

The policy package classically prescribed by economists is to balance growth, equity and sustainability concerns, including protecting society’s most vulnerable, particularly youth and women, who tend to be left behind during economic transformations.

Tackling corruption decisively would also help raise additional resources and redirect them to growth-friendly areas, while restoring the integrity of institutions. This would in turn spread economic benefits more widely within and across the country.