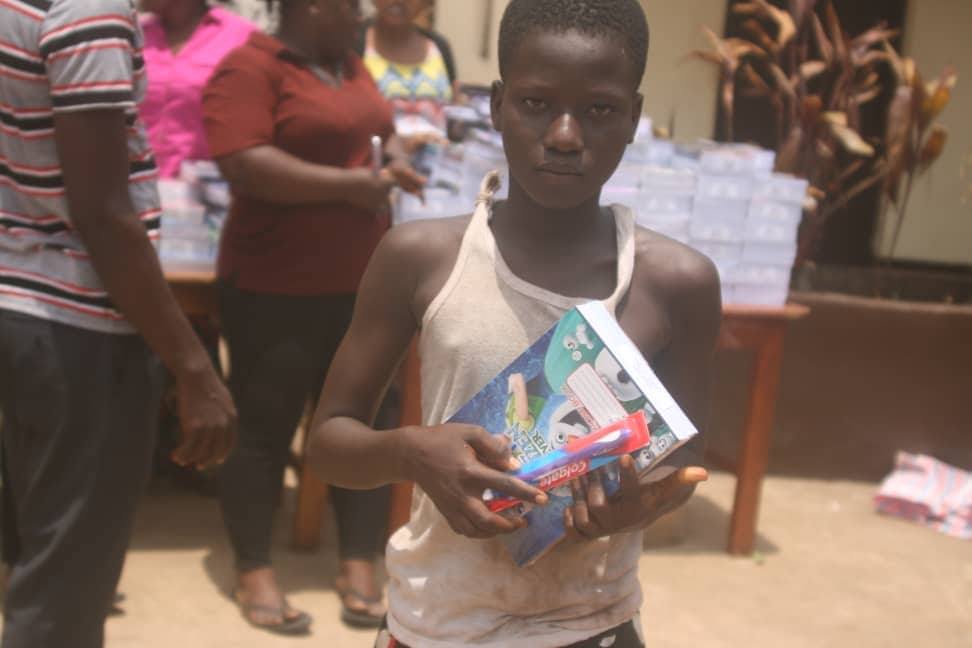 On Thursday 21st March 2019, Word Made Flesh –Sierra Leone, a Christian non-governmental Organisation situated at 10 Mase Street in Kingtom, adjacent to the Kroo Bay community, headed by its Field Director, Ansumana Bangura, donated assorted items to some 200 kids from 150 households who were affected by the recent fire disaster that gutted over 300 houses early on the 4th March 2019,leaving thousands homeless.
Speaking during the ceremony, the Advocacy Coordinator of WMF-SL, James Metzger, disclosed that the organisation is engaged in humanitarian work and has been in operation since 2002 after the war. Initially they dealt with young victims of the war, especially women and children and in partnership with the Aberdeen Women Centre, they had engaged on sensitization of communities on the issue of abuse and other programs. He further explained that operating in close proximity to the Bay community; they turned their attention to the vulnerable group of people, especially women and children. They have been providing tutorship for school going pupils and skills training courses for some of the women at the locality.
Metzger further disclosed that because of the vulnerable groups in the community, they devoted their time and effort to offer whatever assistance they possibly can to them. In this regard, they have been paying fees for some of the pupils whose parents could not afford to do so due to unemployment. Tutorials for mathematics and English were also part of the subjects taught. He is however pleased with the reports of progress made by the kids under their tutorship attending various schools. He further explained that whilst the parents may not have the time to check on the schools to ensure that their kids are attending them, the organisation does the checking. To further improve the lives of women in the community, the organisation is engaging a number of women on skills training and has sent them to various institutions for training. All their activities have been free, he stressed.
Metzger also disclosed that the gathering at their office is to donate various items to the victims of the fire disaster of 4th March 2019. Some 150 households benefitted from the donation. Among the items donated were brassieres, pants, soap, toothbrushes, clothes and blankets, as the displaced victims are presently sleeping in the community centre at Bay and are exposed. To prevent them from getting sick, they have presented them with blankets to keep them warm at night. Mindful of the value of education, the flagship project of the President, the organisation is donating school materials to the kids, which include exercise books and shoes. For the babies, they are giving Vaseline and the Johnson Baby’s lotion to the mothers and wipes.
James Metzger further disclosed that several programs are being undertaken by the organisation to develop the abilities of the young and provide better alternatives to the vices in society. Every Saturday between the hours of 9.00am to midday, they take the kids out to the Aberdeen beach opposite the RadissonBlu car Park and engage them on games after which they are then taught the scriptures and lessons on morals.
He further maintained that during the week various tutorial classes are held with the kids on various subjects with particular emphasis on the core subjects in the schools. Some of the kids are given lunch on a daily basis to encourage them to go to school and in the process help the parents who may not be able to provide them with this encouragement.
WMF-SL is self-sponsored with help from well-meaning people both within and out of the country. He expressed appreciation to those who in diverse ways had supported them to make the aforementioned donation a reality. He is hopeful that humanitarian bodies will come on board and partner with them to make life better for the vulnerable people.
The donation which climaxed the ceremony was made by the Kroo Bay Coordinator in the organisation, Isaac Balla Bangura, to the various families and the kids, punctuated by words of appreciation from parents and guardians. 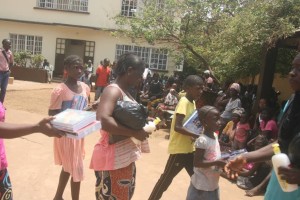 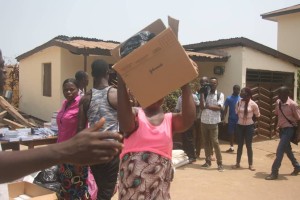 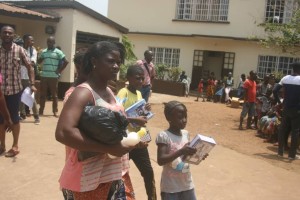 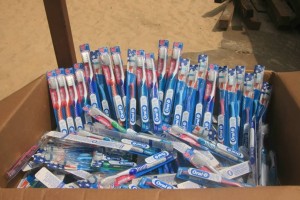 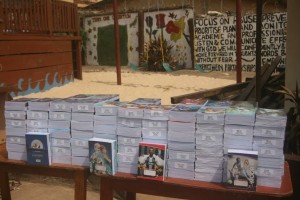 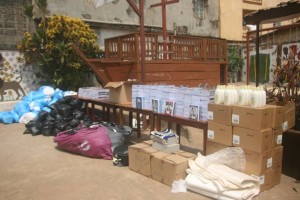 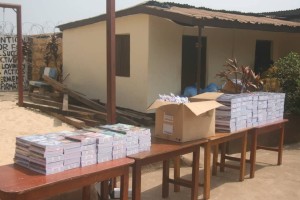 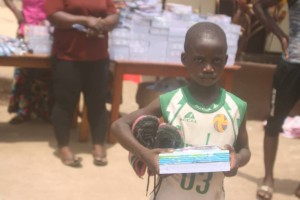