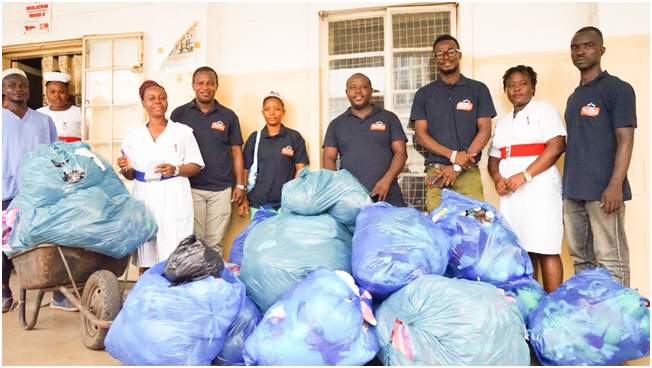 Speaking during the ceremony, the Founder, We Yone Child Foundation, Santigie Dumbuya, revealed that as an organization that is committed towards the development of children in the country they thought it fit to do a donation to lactating mothers and children with the strong conviction that such will be helpful especially at this crucial moment like this in the country when prices are skyrocketing.

Such love was this time round displayed by extending their hands to lactating mothers and children at the Princess Christian Memorial Hospital and the Ola During Children Hospital respectively.

He used the opportunity to inform all that over the years the organization has been supporting the less privileged in the areas of education, health etc. across the country through their various activities.

He stated that We Yone is a charity organization that is working towards improving the lives of vulnerable children and their families in Sierra Leone through quality education and life empowering opportunities.

He disclosed that We Yone ,in partnership with Wegdam Foundation, renovated 6 classrooms, an administrative building with toilet facility, the agriculture school garden where children are taught practical agriculture and the farm produce used for school feeding at the Magbele Ferry village, Port Loko District.

He continued that the organization also constructed a six classroom block with toilet facility, play ground in Kamabonko Village, in Kamakwie, Karene District.

On her part, the Deputy Matron at the Princess Christian Memorial Hospital, Christiana Menad Square, on behalf of the beneficiaries expressed her appreciation to We Yone Child Foundation for the kind gesture which she described as not only important but a very timely intervention.

She said that in most cases some women go to deliver without the necessary items unless they as nurses render assistances but said with the donation of the used clothing to the lactating mothers it will help boost their morale.

The Deputy Matron assured them that the donated items will be used for their intended purpose, which she said will surely help them and their babies. 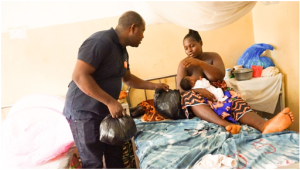 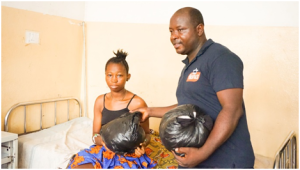