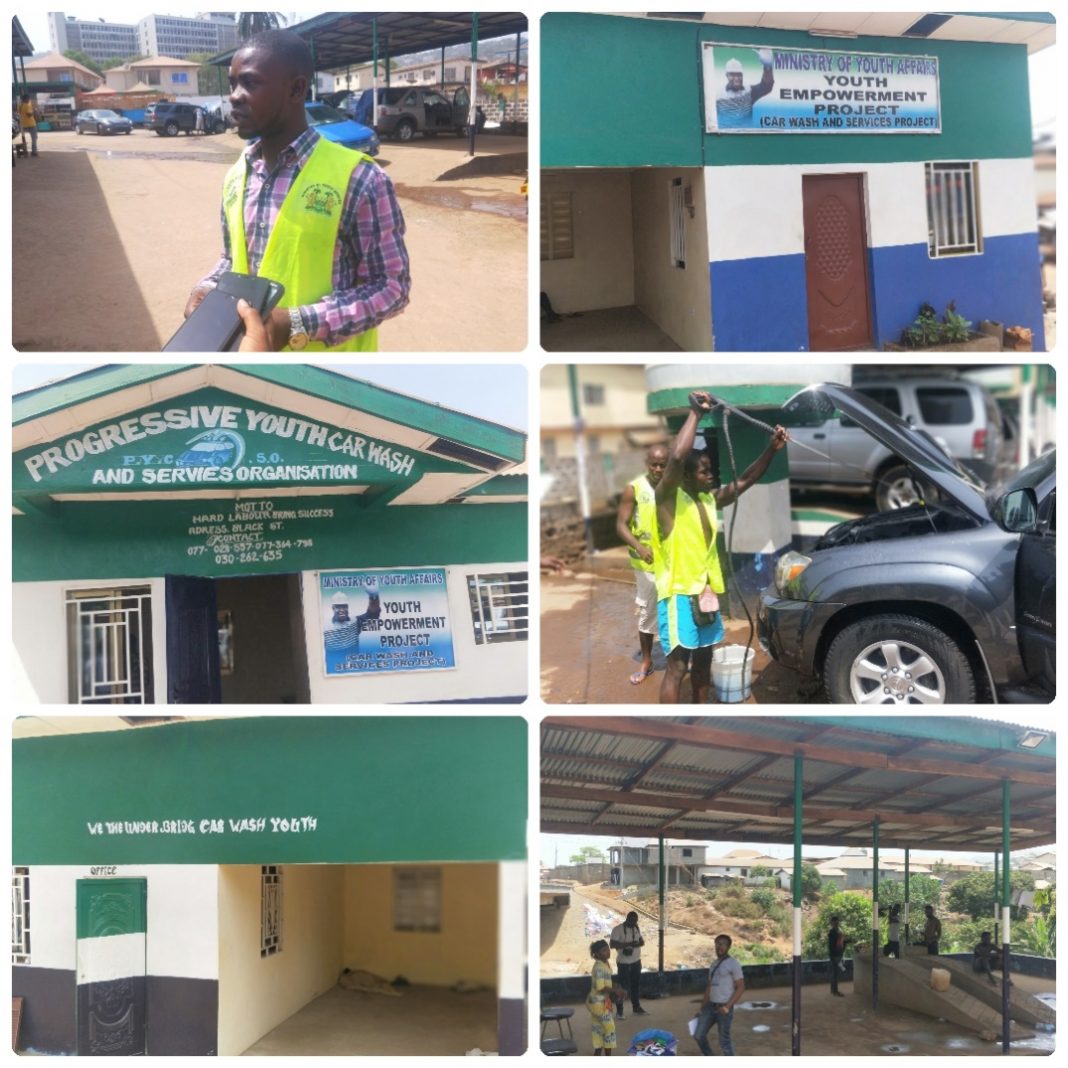 The Ministry of Youth Affairs has employed over 2000 youths nationwide through its car wash project that is being implemented by the Ministry. This disclosure was made on Tuesday 17th March 2020 during a conducted media tour to assess the impact which the Car Wash Project has created since it was implemented in Freetown.

Speaking to this Press during the tour, the Minister of Youth Affairs, Mohamed Orman Bangura, disclosed that his Ministry has created over 2000 jobs for youths in the car wash service, adding that 35 youths have been employed in each of the car centres across the country and described the project as a scheme that seeks to ensure that youths across the country are trained in entrepreneurial skills.

He added that these youths received training on saving a percentage of their income so that their dependents will also benefit from the venture in the future. He noted that ten car wash structures have already been built in the Western Area and 27 more will be constructed across the country in the not too distant future and they are expected to create more jobs for young people across the country.

He furthered that the Ministry has signed a Memorandum of Understanding with all the Centers pinpointing that they are responsible for whatever gets missing in any car that goes to any of the centers for servicing.

“It has always been difficult to start but there is great improvement. Gone are the days when young people are left to lag behind. We are now making them to become partners in development and restore their confidence”.

In the area of sustainability the Minister stated 10% of the income will go to the Ministry for maintenance of equipment and renovation and the remaining will stay with the car wash centers.

He stated that the country has been lagging behind for far too long in terms of empowering young people, but said the step Government has taken is a move in the right direction revealing how the President himself is very committed to improve the lives of young people which he has manifested by appointing young people in positions of trust. He noted that the car wash centers will help to reduce crime rate, drug abuse etc.

The Minister ended by calling on young people to join hands together to adhere to precautionary measures vis-a-vis the Coronavirus stating that they played tremendous roles in the fight against Ebola.

On their part, Chairmen of the different Car Wash Centers visited expressed appreciation to the Government for introducing the project which they have said have not only positively impacted them but also other youths across the country.

They said that in the area of sustainability they are giving 10% to the Ministry for repairing, maintenance and equipment and that the remaining is what they have been using to run the facilities.

They called on other young people to make good use any given opportunity and that as young people they should see themselves as change makers and contributors towards nation building.