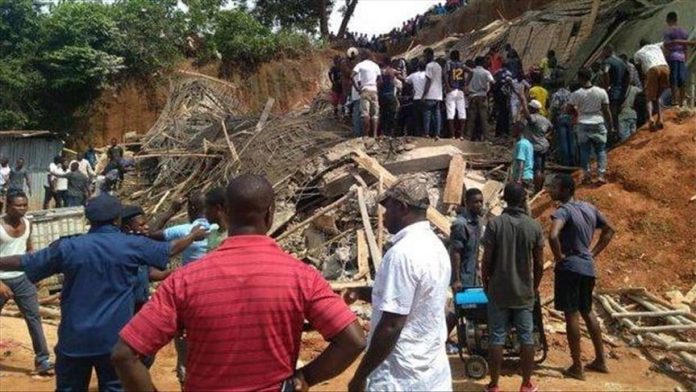 Figures from the Sierra Leone Police indicate that at least 50 people were trapped on Wednesday 25th September, 2019 in Bo after a building under construction collapsed.

The Assistant Inspector General of Police Saidu Kamara said nine people have so far been rescued and are receiving treatment at a hospital with more people still trapped in the rubble.

He described the scene as “pathetic and frantic” and said rescue efforts are expected to continue for the next few days after the Wednesday afternoon collapse of the building along the Bo-Kenema highway in the country’s Southern Province.

It is not immediately clear what caused the building to collapse but Kamara says police have deployed two excavators to the site.

“By every indication, this is a case of poor construction work and poor engineering work,” Joseph Kpanabom, an official at the Ministry of Lands, said.

The missing people are believed to include mainly construction workers and some bystanders.

“I ran away after I heard the sound of the building cracking,” Ibrahim Aruna, a survivor, said.