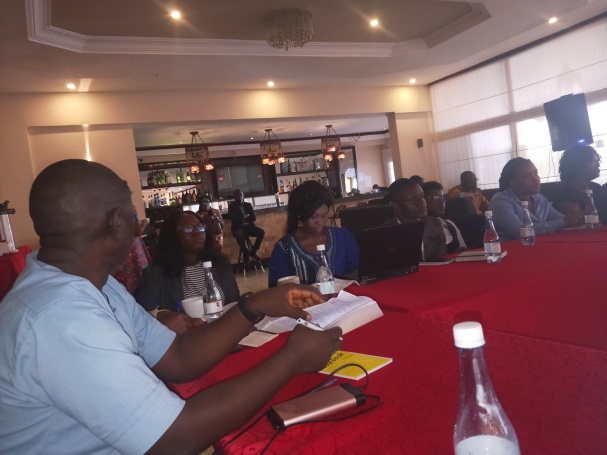 In its quest to enhance adequate capacity building for Magistrates, Prosecutors and Parliamentarians in dealing with issues relating to the trafficking of persons in Sierra Leone, Advocacy Movement Network Sierra Leone (AMNet) on Monday 2nd December, 2019 held a one day training for Magistrates, Prosecutors and Parliamentarians on combating human trafficking and protecting the rights of child migrants and women victims, through community engagement action, at Country Lodge in Freetown.

In his address Head of Programs, Advocacy Movement Network Sierra Leone (AMNet), Samuel Bangura, extended appreciation to the trainees for attending further highlighting how the training will create a better understanding of the concept of human trafficking and its related regulations.

He said that AMNet, through the project, is committed to ensure that positive, meaningful and proactive support to end human trafficking through speedy judicial processes in reporting and prosecuting perpetrators, adding that at AMNet their task is to make it possible and their mission is to build strong cooperative networks for CSOs, MDAs, community structures and other actors to enhance an understanding of their respective roles, relationships and become motivated to act.

He also extended appreciation to the International Organization for Migration (IOM), the Free Movements of Persons and Migrants (FMM), West Africa through whose agencies the project is funded by the Economic Community of West Africa States (ECOWAS) and the European Union (EU). He also thanked the Ministry of Social Welfare and the Project Steering Committee, the Office of the National Security, the Trans-National Organized Crime Unit and the World Hope International etc. for their supervisory roles.

He said they are honored to have distinguished Magistrates, Prosecutors, and parliamentarians in their midst, adding that all these three categories are esteemed specialists in enacting regulations and dispensing justice relating to human trafficking.

State Prosecutor at the Law Officers Department and the lead in Human Trafficking matters, who also doubled as the facilitator, Adrian Fisher, disclosed that the training is geared towards discussing issues relating to trafficking of persons in a bid to enhance adequate capacity building for Magistrates, Prosecutors and Parliamentarians in dealing with such issues in Sierra Leone and how they impact upon Sierra Leoneans and the country as a whole.

He assured Sierra Leoneans of their commitment in combating human trafficking saying much has been accomplished in combating trafficking but said with the current measures been taken he believes such will yield positive outcomes, noting that one of the measures is the aspect of taking trafficking matters directly to the High Court for trial.

He called on Sierra Leoneans to report issues of trafficking of persons to the Transnational Organized Crime unit as a matter of urgency for urgent investigation assuring that the perpetrators will be prosecuted.

Legal Adviser and Senior State Prosecutor ( CID) Joan M.S Bull disclosed that the training is not only timely but important to them as State Prosecutors pointing out that for the past eight years they have been prosecuting such cases but there had been no conviction of perpetrators of human trafficking. She said that human trafficking has been causing a lot of problems for Sierra Leoneans.

Underscoring the importance of the training she said that such will   empower them as prosecutors in order to draft their charges which will help them to convict perpetrators. She called on victims of human trafficking to report cases in order for them to bring the perpetrators to book. 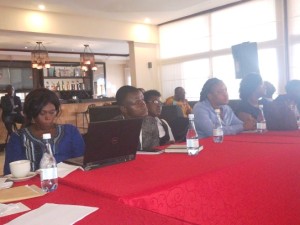 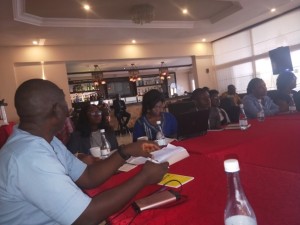